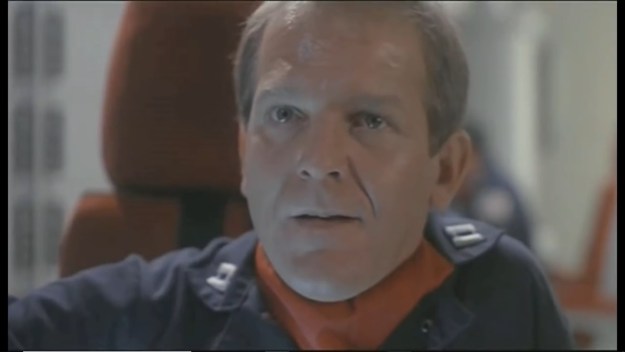 Yes, this is about as insubstantial as a blog post gets, but I enjoy life’s little coincidences.

Friday, I was at one of the Relic Room’s monthly Lunch and Learn sessions, which I help publicize (and y’all should come check them out, because they’re all interesting). The speaker this time was Sumter attorney Frank Shuler, talking about his experiences as an Air Force officer serving in a nuclear missile silo during the Cold War. (Here’s a release about that.)

At some point, someone asked him about the sidearms he and the other guy down in the capsule buried 60 feet under North Dakota were required to wear while on duty — originally .38 revolvers, later changing to 9 mm semiautomatics. He said that they weren’t really for the purpose depicted in the movie “WarGames.” He was referring to this, the opening scene.

Well, this morning I was looking for something new to watch on the Roku during my workout on the elliptical, and I noticed something new on Amazon Prime: “WarGames!” 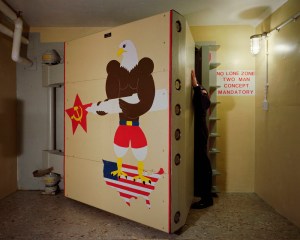 So I started watching, initially to see how accurate the depiction was, after what I had learned from interviewing Shuler and writing that release. And a lot of it was pretty much on the money — but one thing was wrong for sure: They showed the guys closing the massive, vault-style blast doors by pressing a button. In reality, someone had to pump the hydraulics on those doors, by hand, and it was a strenuous, tedious process — both opening and closing.

But then I noticed something that delighted me: The officer who refused to turn his key to launch the missiles was my hero, Leo McGarry!

Well, not really Leo, but the actor who played him, John Spencer. I’d had no idea, because when that movie came out, “The West Wing” was far from even being a twinkle in Aaron Sorkin’s eye.

It’s sort of bittersweet to see him unexpectedly. John Spencer was only 58 year old when we lost him and Leo simultaneously. But it was a treat. Especially since, as I think about it, what else did I ever see him in, but this and “West Wing?”

Of course, you know that Leo himself served in the Air Force, but not down in a bunker. He flew the F-105 Thunderchief with the 355th Tactical Fighter Wing out of Thailand during the Vietnam War. Which is the personal experience from which he was able to ‘splain military service and national security to President Bartlet…

8 thoughts on “The officer who refused to launch the missiles was LEO!”