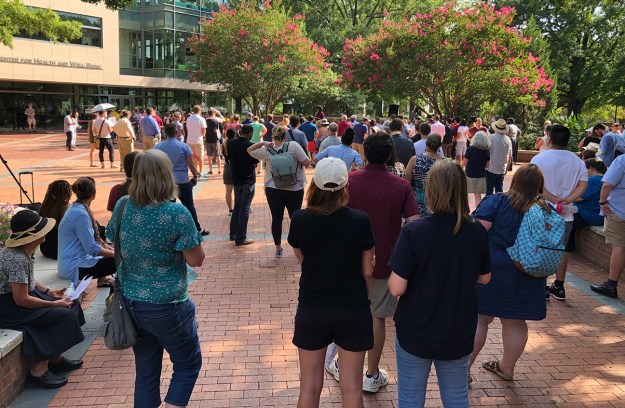 Wherever possible, folks stood in the shade….

I went down to the demonstration, to get my fair share of heat stroke.

I’m talking about this one, over at USC:

Jennifer Clyburn Reed tells #Gamecocks4Integrity rally that she worries about what her three degrees from USC will be worth if the school loses its accreditation over political interference… pic.twitter.com/lZufVuyU2p

Jennifer was ONE of the speakers, along with Steve Benjamin, Bakari Sellers, and students and faculty members I didn’t know. I’m not sure who all ended up speaking, but this was the official roster in advance:

And all through it, I kept wondering what I’ve been wondering from the start about all this: What’s Henry McMaster’s motivation? Why stir this pot?

The thing is, what he’s done is get a lot of folks who didn’t care one way or the other about this Caslen guy to get all mad because of the ham-handed way he’s gone about it.

What will happen on Friday? What’s happening behind the scenes between now and Friday? Is all this worth it? And if so, to whom? 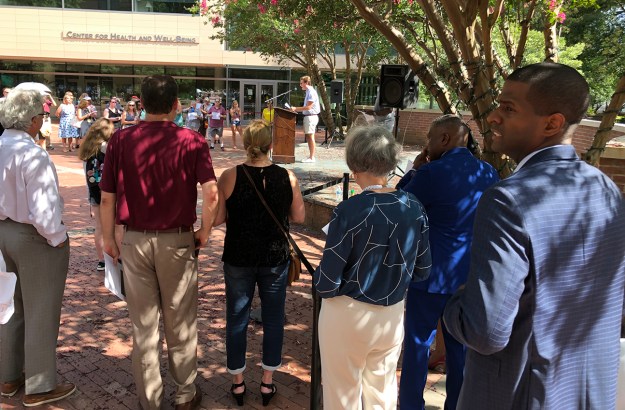 Some of the speakers, awaiting their turns…

24 thoughts on “USC mess: My question is, what’s Henry’s motivation?”