I’m surprised that the trustees went ahead and hired Gen. Caslen today. Some of you will protest that it was obvious that they would, and yes, in a conventional political strategy sense, you don’t precipitate something like this unless you’re sure you’ve got the votes.

You’re right. That’s conventional wisdom, on one level. But I didn’t think they would do it, at least not today, for two reasons:

But they did it, and I’m surprised. And at the same time, kind of… impressed… after the way they rolled so easily the first time. 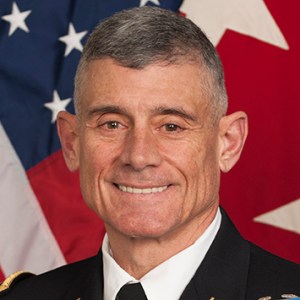 What stiffened their spines?

To be clear, I’ve never had a problem with Caslen. I thought the excuse students gave for objecting to him originally was silly, and from what I could tell he was at least as qualified as the other finalists, and probably more so.

And my old boss James likes him, and I trust James’ instincts on this. Molly Spearman was impressed with him, too. And those are two thoughtful, reasonable people. And I tend to give more weight to reasonable people saying reasonable things despite an emotionally fraught situation than I do to a crowd shouting “Shame!” repeatedly.

But I’m still kind of bewildered at what just happened. I’m still mystified at what caused Henry to take the sudden, unprecedented step he took last week. And I’m puzzled that the trustees went along with him.

Maybe they’ve all been saying to each other in private for the last couple of months that they wished they hadn’t given up so easily before. Maybe they’ve been steeling themselves to do this for some time.

Well, he’s going to be president of our flagship university now, and I wish him all the luck in the world. He’s gonna need it. That, and some stupendous leadership skills….

57 thoughts on “Well, they hired Caslen today, and I’m kind of surprised…”