Scene inside a Tucson City Council Meeting. Officials voted to put a "Sanctuary City" measure on the November ballot pic.twitter.com/mEh4PNj0Wo

If only we could all be like this guy, we’d all be living in happier times.

He seems like… an earlier version of ourselves. A Regular Guy from pre-2016. He’s never seen or heard this kind of nonsense before, so the stupidity of it all just cracks him up. Or maybe it’s the woman tugging at her cutoffs while she makes her earnest statement. Or the guy next to her who apparently prepared a handmade sign for the occasion, but when the time comes can’t be bothered to put down his supersized sugary drink.

In any case, we need to be as philosophical as Alex Kack… 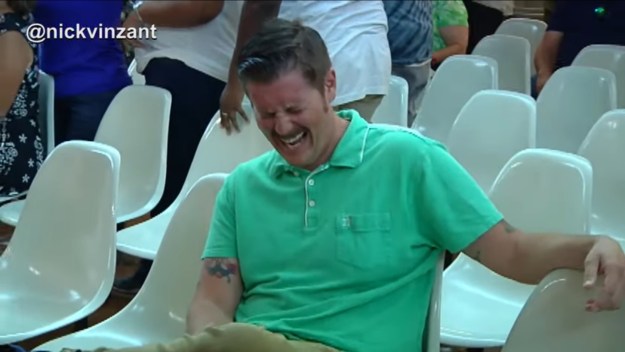