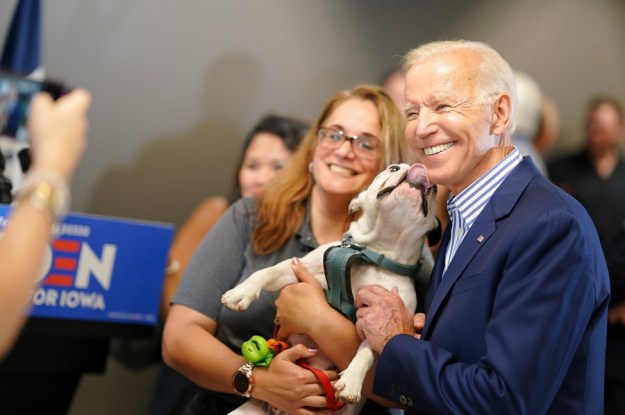 See? The DOG gets it…

Our good friend Bryan may be taking a hiatus from the blog, but does that mean we can’t comment on what he posts on social media?

So let’s consider this:

We are almost at the stage where Biden’s supporters bolt. https://t.co/SM6I7hIEit

Oh, come on, Bryan! Joe’s had some slip-ups here and there, but that one’s not even worth mentioning.

Seriously, did you have the date of the Parkland shooting memorized? I didn’t. If you had asked me out of the blue to say when it was, without looking it up, I’d have said maybe 2017 (and I’d have been two months off). And if you corrected me and said no, it was 2016 — when Obama and Biden were still in office — I’d have accepted it without question or surprise. It would still seem about right.

As it was, Joe was less than 13 months off. NOT “two years.” It happened in February 2018. Obama and Joe were still in office for most of January 2017. Learn to read a frickin’ calendar, people.

Now, real quick, when was the Sandy Hook massacre? When did that guy shoot up the theater where they were showing a Batman movie? If you can tell me within a year, good for you. But I won’t think less of you if you can’t.

So no, there’s nothing in this incident that makes me or (I hope) anyone else want to “bolt” from supporting Biden.

But let’s go to a bigger question: What if we DID want to “bolt” — where would we go?

It would be nice to have a backup plan, because humans are fallible, and for that matter Joe could get sick or something.

But I don’t have one. Oh sure, some of you will say there are plenty of good options, and in fact better ones than Joe, yadda-yadda. Well, yeah — for you. But not for me, speaking as a quintessential Biden supporter. Which is the kind of person that Bryan’s tweet was about.

And we — Americans I mean, not Democrats — have to get rid of Trump, as an essential first step in marginalizing Trumpism, and restoring our country to what it was from 1790-2016.

Only Joe is in a position to do that.

So stop trying to seize on every little human mistake, and let’s focus on the big things.

Because we need to get this thing done…