All of that said, I’ve learned this week about one Democratic woman in particular whom I would be excited to have a chance to vote for. Not because she’s a woman, but because she’s a rational human being. And in today’s political environment, that really stands out.

I urge you to go listen to this episode of The Daily from earlier this week.

Here’s the text intro that accompanies it:

An outspoken progressive wing in the House has seized the country’s attention. But the path to power for Democrats may depend on moderates, who have a very different vision for the party. Meet one of them.

I don’t know where they get that “may” in “may depend on moderates.” It does depend on moderates, period. What’s more, the fate of the country depends on them, not the members of the “look at me” crowd who get all the coverage normally. 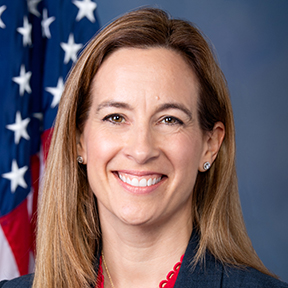 From the Democratic perspective, the moderates are the reason, and the only reason, that the party currently holds power in the House. AOC replaced a Democrat. AOC’s district will continue to be Democratic, but Mikie Sherrill replaced a Republican, and she will only continue to hold her seat if she serves the way both Democrats and Republicans in her district want her to do. And if she and others like her don’t hold onto their seats, not only will the Dems lose their majority, but the country will spin ever faster out into partisan extremes.

Rep. Sherrill may only be a freshman, but she was already an accomplished person before she was elected — unlike some other people who get more attention. She’s a former United States Navy helicopter pilot, and a former federal prosecutor. She’s been places and done things, worthwhile things, things to serve her country.

On the day that Barr was releasing the Mueller report and other Dems were in Washington polishing their reactions, Rep. Sherrill was in her New Jersey district meeting about something her constituents all care about: traffic. A lot of them commute into New York, you see, and the trains are in bad enough shape that a lot of them are forced to drive.

She is almost completely focused on issues that all her constituents care about, regardless of their political affiliation. She concentrates on what unites us rather than dividing us. Which, you know, is what all officeholders should do.

I’m not going to recite all the sensible things she has to say — I want you to go listen to the podcast yourself. And what I want you to listen for is what I heard throughout the episode: The voice of a grownup. Of a grownup saying rational things.

It’s refreshing. I wish I could vote for her. In any case, everyone should hear this voice, and what it says, and realize that there are people like this out there serving their country, and that you don’t have to choose between Trumpism and “democratic socialism.”