You know those header images at the top of my blog pages, which generate randomly? This morning I saw the one you see below, featuring Kathryn Fenner — and James Smith, too (and his Dad, Jim) — at a Rotary meeting a long time ago. More than 10 years, I’m thinking.

And that caused me to reflect how long it had been since we’d heard from Kathryn. Two or three years at least, I’m thinking. I need to send a note and see how she’s doing.

But she isn’t the only longtime member of the fellowship who has been missing in recent days. We haven’t heard from Bryan Caskey since July 16.

Today, I got an email from him explaining why:

I read news, see comments, see how people tear each other apart, and I feel resigned to living in a country of perpetual anger, resentment, and it causes me to despair. We’re at such a toxic place that I just want nothing to do with politics, policy, or even talking about it. Mostly, when I do talk about it, it’s just gallows humor to cope. No one really convinces anyone of anything anymore. Maybe we never did. No one ever compromises anymore. 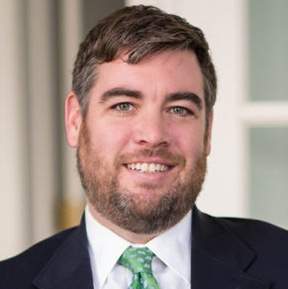 We used to do that. Americans used to compromise and reach deals that gave each side something they wanted, each giving up something. That’s a relic of the past, as much as Lincoln or Washington, or Jefferson. America used to be a melting pot of people who shared common ideals and beliefs. That’s a relic, too.

Lately, I’ve tried to just focus on building my law practice, coaching baseball, spending time with my kids, and being a good husband. I’m doing pretty well at all those, and I’m happier for it. I used to be so excited to talk about politics, but it’s all so pointless now. Why argue with people who hate my point of view, who I’ll never convince? How is that a productive use of my time?

I’m reading a good biography/history book right now called The Long Gray Line, by Rick Atkinson. It’s the true story that follows the lives of a dozen or so boys who enroll in West Point in 1962, and are the class of ’66. They are the boys who are commissioned as 2Lts and deploy to Vietnam as the war peaks. Casualties are high. The war is awful, death is random, and the Army isn’t run the way the West Pointers are taught it would. Disillusionment is the main effect. The “First Captain” is the title given to the senior ranking cadet at West Point. It’s the cadet who is highest in academics, military proficiency, and otherwise is the ideal cadet. The best of the best.

In any event, I miss our talks. I can’t bring myself to comment on the blog. It’s so pointless. Hope you’re doing well.

You know, I just don’t blame him a bit. I’m feeling much the same, which is why I so seldom post these days. It’s just all so depressing. Also, I devoted so much intense energy to the campaign last year, and now merely commenting from the sidelines seems particularly pointless.

Besides, no one is ever persuaded of anything. What are we doing sharing our thoughts if we don’t achieve greater understanding of one another as a result? 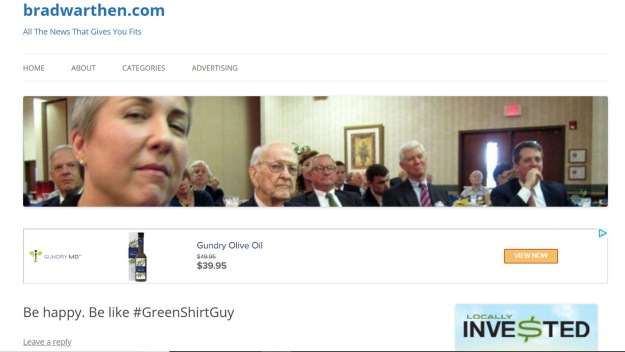