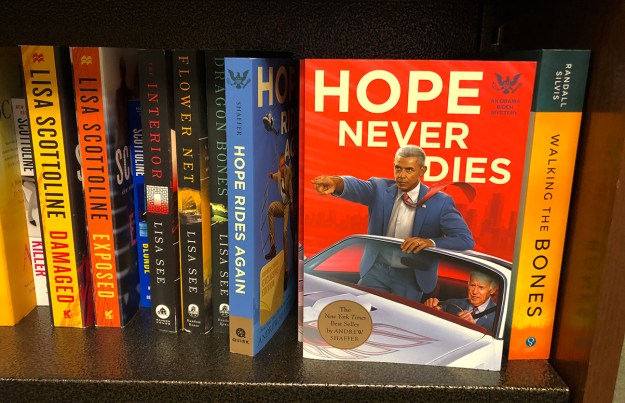 You may have already heard of this book — actually, it appears to be one of a series — but I had not when I happened to see it on a shelf at Barnes & Noble.

In this hot weather, I’ve taken to walking in the nearly deserted — but still-air-conditioned (at what cost, I know not) — Richland Mall during my daily exercise breaks. I allow myself the indulgence of doing a full sweep of B&N during these circuits. On this occasion, I was whizzing through the fiction section, went “What!?!” and had to turn on my heel and go back for another look at what I’d just passed.

Yep, it’s a murder mystery in which the parts of Holmes and Watson are played by Barack Obama and Joe Biden. And as with the Conan Doyle original, they are told from the perspective of Biden:

It’s been several months since the 2016 presidential election, and “Uncle Joe” Biden is puttering around his house, grouting the tile in his master bathroom, feeling lost and adrift in an America that doesn’t make sense anymore.

But when his favorite Amtrak conductor dies in a suspicious accident…

OK, you’ve got me! I’ve gotta read it. It’s going on my Amazon wish list right… now. I might even rip off the cover and frame it.

Sure, it’s a gimmick, like this same author’s previous Fifty Shames of Earl Grey. But the gimmick works — on me, anyway — and I’ve gotta hand it to the huckster who came up with it… 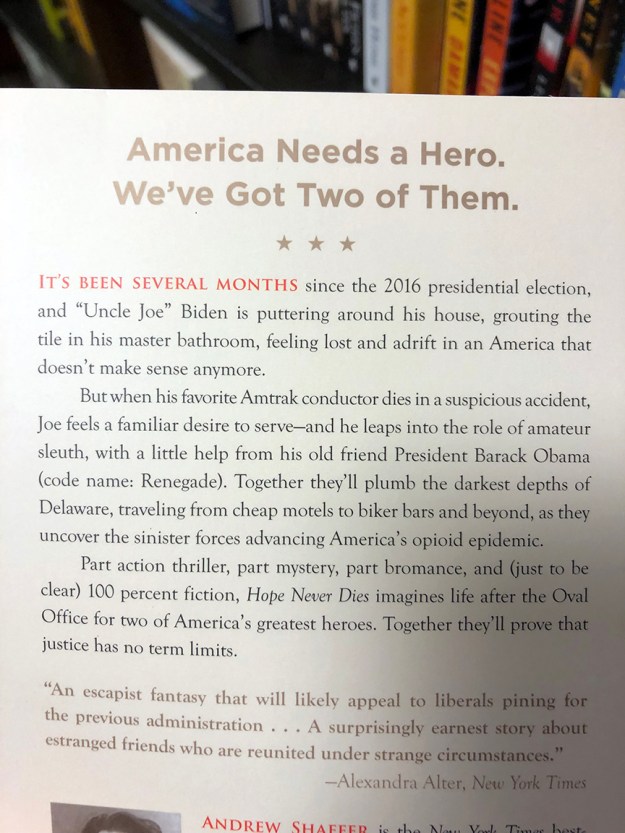