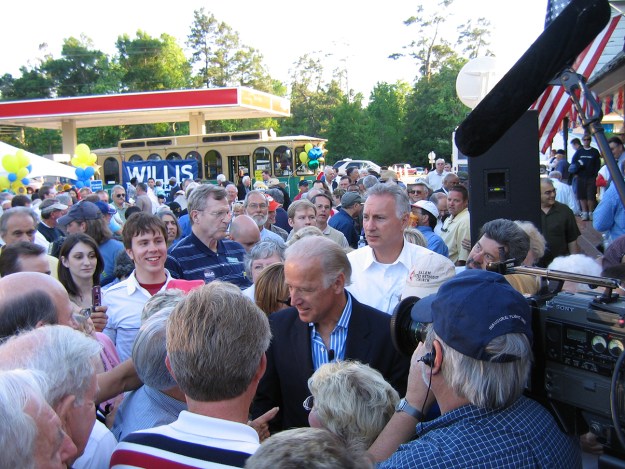 Tonight Joe Biden (and others) will be at the Galivants Ferry Stump Speaking. I had thought seriously about going, but decided I had too much to do to take the trip — almost two hours each way. (If you’re closer, I urge you to go. The Stump is always interesting, and this special-edition gathering promises to be particularly so.)

So I’ll give you a picture or two from the last time I saw and interviewed Joe at the Stump, and give you a link to my column about it. It was in 2006. (Special bonus feature: The column quotes former blog regular Paul DeMarco, who happened to be at the Stump — as I noted in a separate post at the time.)

And to add a measure of substance, here’s something else I meant to post last week. I don’t expect it to change any minds among those of you who don’t like Joe for whatever reason, but I offer it as another window into why I’m for him, and really don’t have a second choice among the others running.

It’s a story from the NYT about the way he handled the process that ended in a vote against Reagan’s Supreme Court nominee, Robert Bork. An excerpt:

Joseph R. Biden Jr. was on the brink of victory, but he was unsatisfied.

Mr. Biden, the 44-year-old chairman of the Senate Judiciary Committee, was poised to watch his colleagues reject President Ronald Reagan’s formidable nominee to the Supreme Court, Robert H. Bork. The vote was unlikely to be close. Yet Mr. Biden was hovering in the Senate chamber, plying Senator John W. Warner of Virginia, a Republican of modestly conservative politics and regal bearing, with arguments about Bork’s record.

Rejecting a Supreme Court nominee was an extraordinary act of defiance, and Mr. Biden did not want a narrow vote that could look like an act of raw partisan politics….

Mr. Biden’s entreaties prevailed: Mr. Warner became one of 58 senators to vote against Bork, and one of six Republicans.

That’s Joe. As the piece says, it was a moment when “Mr. Biden’s political ethos found its most vivid and successful expression.” At a moment when most partisans would be satisfied simply to win, Joe wanted to go the extra mile to win in a way less likely to tear the country apart. One more excerpt:

The strategy Chairman Biden deployed then is the same one he is now proposing to bring to the White House as President Biden.

In the 1980s, as today, he saw bipartisan compromise not as a version of surrender, but as a vital tool for achieving Democratic goals….

And in both defining moments — his leadership of the Bork hearings and his third presidential campaign — Mr. Biden made persuading moderates, rather than exciting liberals, his guiding objective….

Yep, that sets him part from the people in his own party and the other who tend to think it terms of getting 50 percent plus one and cramming their policy goals down the opposition’s throat.

I have little patience with such people. And that’s another reason why Joe is my guy. He’s the one candidate who is the polar opposite of what’s wrong with our national politics… 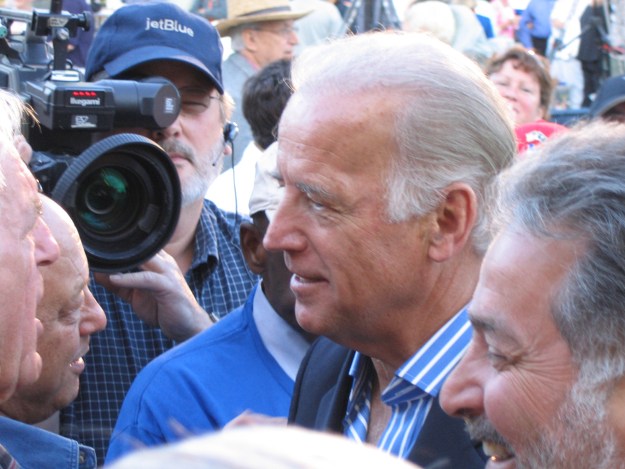