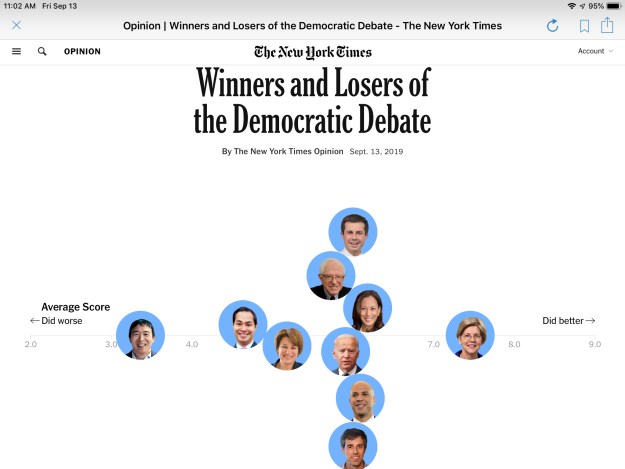 Or perhaps I should say, further thoughts, since some of y’all have started the discussion on the previous thread. Which is cool.

As a conversation starter, I thought I’d post an image of the graphic the NYT ran this morning to go with a piece they had about winners and losers, featuring some of their opinion writers.

I read that this morning, and several other accounts of the night, and the consensus of what I’ve read — and I don’t strongly disagree with any of it — goes kind of like this:

That’s about it. What did y’all think.

47 thoughts on “Thoughts on the marathon ‘debate’ last night?”