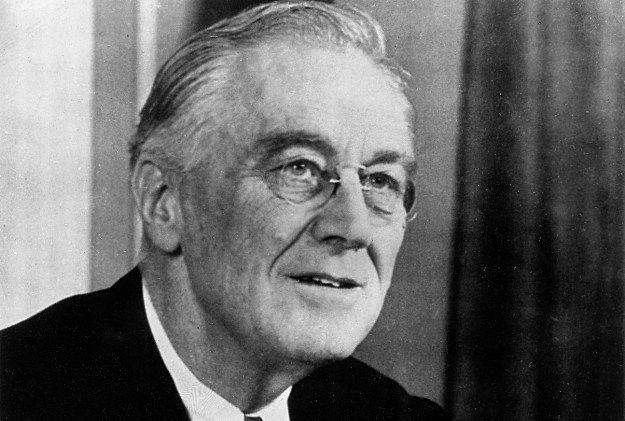 He IS known by three letters, but they aren’t “AOC”…

I’ve confessed before that, unlike most American editorialists, I was always kind of ambivalent about urging people to get out to vote. Which made me kind of an iconoclast, if not a heretic.

This simple expression of civic piety (You know the drill: “No matter how you vote, vote!”) tended to stick in my throat, and here’s why: If you have to be goaded to do something as basic to your duty as a citizen as vote, then are you really somebody that I want to see voting?

And today, I’ve received a press release that makes me even more hesitant to urge the average apathetic America to get out there and have just as much a say in who our leaders are as I do. The headline on the email was, “18% of Americans believe AOC authored the New Deal.”

Before you call me a horrible elitist, just look over some of these numbers:

Washington, DC — A national survey commissioned by the American Council of Trustees and Alumni (ACTA) draws new attention to a crisis in civic understanding and the urgent need for renewed focus on civics education at the postsecondary level.

Some of the alarming results include:

ACTA’s What Will They Learn? report, an assessment of 1,123 general education programs scheduled for release tomorrow, helps to explain America’s civic illiteracy. Our analysis of 2019–2020 course catalogs revealed that only 18% of U.S. colleges and universities require students to take a course in American history or government.

”Colleges have the responsibility to prepare students for a lifetime of informed citizenship. Our annual What Will They Learn? report illustrates the steady deterioration of the core curriculum. When American history and government courses are removed, you begin to see disheartening survey responses like these, and America’s experiment in self-government begins to slip from our grasp,” said Michael Poliakoff, president of ACTA.

The survey was conducted in August by the National Opinion Research Center at the University of Chicago, and consisted of 15 questions designed to assess respondents’ knowledge of foundational events in U.S. history and key political principles. The respondents make up a nationally representative sample of 1,002 U.S. adults. To view the full survey results, click here >>

ACTA is a nonprofit, nonpartisan organization dedicated to academic freedom, academic excellence, and accountability in higher education. We receive no government funding and are supported through the generosity of individuals and foundations. For more information, visit GoACTA.org, follow us on Facebook or Twitter, and subscribe to our newsletter.

If that doesn’t give you pause about this universal suffrage thing, then you’re not reading it right.

No, I’m not talking about taking away anyone’s right to vote. But data such as this makes me think twice about urging the average non-voter to exercise that right. At least, I hope the ones who credit AOC with the New Deal are non-voters. Ditto with the 63 percent who don’t know how long the terms of senators and House members are, even though that’s not quite as slap-you-in-the-face ignorant as the other thing…

23 thoughts on “Uh, should we rethink this democracy thing?”