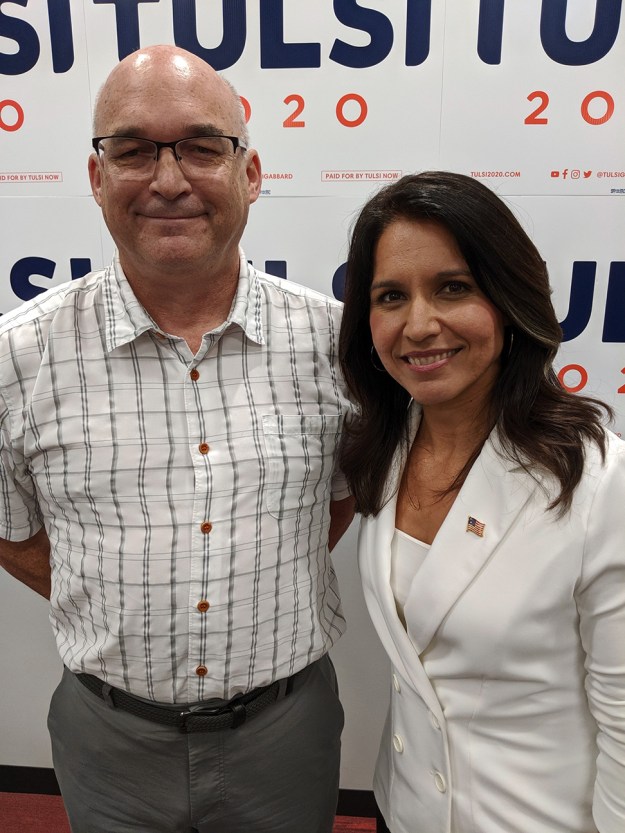 Did y’all know Tulsi Gabbard was in Columbia today? Our own Doug Ross did, and made himself available for a selfie.

Thanks for sharing, Doug!

75 thoughts on “Has Tulsi found her running mate? (She could do worse…)”