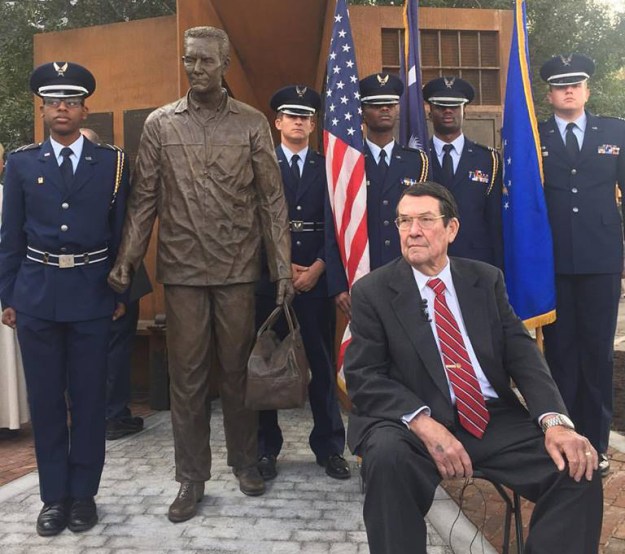 Jack Van Loan, seated, at the dedication of his statue in Five Points in 2016.

I first heard the sad news last night, after my daughter saw a mention on social media, from a mutual acquaintance. Now, The State has confirmed it: My friend Jack Van Loan passed away over the weekend.

I guess I should have seen this coming. Early last year, sometime before I joined the Smith campaign, I’d had a conversation in which Jack, who normally identified as Republican, told me how he was fully on board in supporting James for governor. But then, months later when I called to ask him to participate in a presser we were doing with other veterans, I learned that his health wasn’t up to it.

So I knew the years were catching up on him.

I’m just so sorry to see it. I’m going to note his passing by rerunning this column from January 2008, about his and his friend John McCain’s experiences at the Hanoi Hilton. I wrote about Jack on other occasions as well, such as this piece showing him playing a king-making role in local politics as the unofficial “mayor of Five Points,” but I think Jack would most want to be remembered for this one. It’s the thing that looms largest in my memory of him, anyway:

What it was really like at the ‘Hanoi Hilton’ 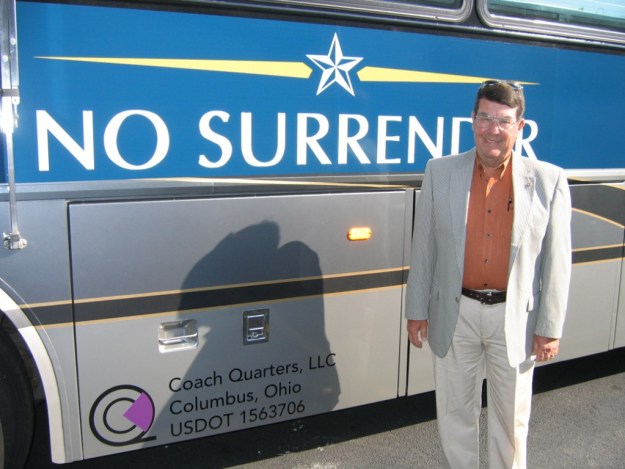 2 thoughts on “Jack Van Loan, a hero and a friend”