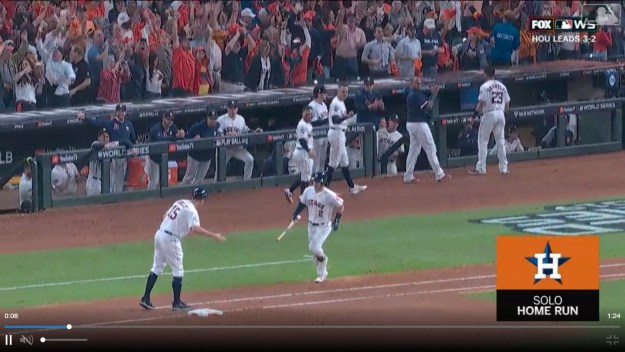 Earlier, some of you expressed disapproval of the crowd booing Trump at the World Series Sunday night, while others defended it.

Contemplating another Series controversy from last night’s game (and not the disagreement that led to the Nationals’ manager being ejected — it was quite a game), it occurs to me that it might be a sort of related issue.

I’d like to see y’all’s positions on the booing thing alongside your positions on whether it was OK for Alex Bregman and Juan Soto to carry their bats to first base after hitting home runs.

I have this theory that people who were disturbed by the booing would also disapprove of the bat-carrying, both being violations of certain standards of behavior. Likewise, anyone likely to approve of the “Lock him up” chant would be more inclined to let those young ballplayers strut a bit.

Me, I disapprove of both. I see both within a context of society fraying, becoming less civilized. 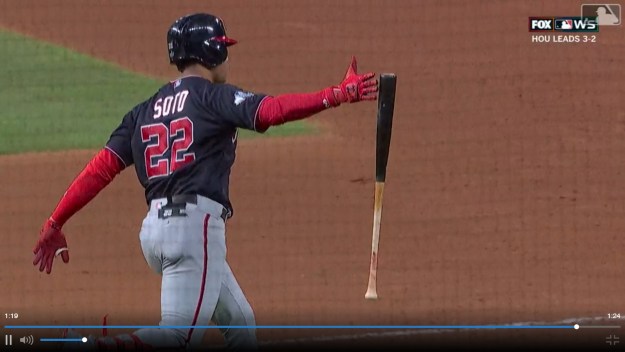 33 thoughts on “So, where do you stand on carrying the bat to first base?”