It’s really something when someone has a idea he really believes in, and never, ever gives up.

Remember Temple Ligon’s plan to build a convention center on a bridge across the Congaree? He’ll be talking about The Bridge again tonight, more than 30 years after he first proposed it:

Tomorrow night, Friday, beginning at 6:00 pm at the Columbia Empowerment Center on Lady Street, we’ll have a lecture on The Bridge. What began as a response to the city’s request for proposals in the spring of 1987 is now part of a major real estate development proposal that includes a five-star hotel, a Jasper Johns museum, a performing arts compound inspired by Washington’s Kennedy Center, a suggested home for the South Carolina Athletic Hall of Fame, and other features. Property taxes taken from the private development, mostly condominiums, out of what is now thin air over the Congaree River, can be collected as part of a tax increment bond financing development district to help build the cultural amenities. Low culture, you might say, can be exercised to support high culture. The Koger Center, an awful ballet theater and a terrible opera house – I was on the board of the Palmetto Opera for six years – stays where it is as a perfectly adequate symphony hall with a band shell that works. Still, renovation of the Koger Center is in the budget. 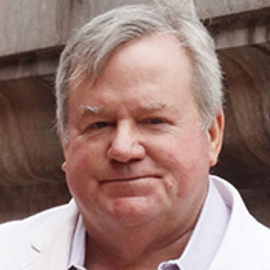 Back in 1987, while the city was wondering what to do with a homeboy proposal of world’s first triumphal bridge in the modern era, the major hotel developer, Belz Hotels of Memphis, saw Columbia as an opportunity to build a Peabody and parade it’s ducks in the same class as the Peabody in Memphis and the Peabody in Orlando, both high-end properties. Belz committed in writing to Columbia City Council, Richland County Council, Lexington County Council, and West Columbia City Council. Copies of the Belz commitment will be available. Also available will be the blue ribbon committee report from the managing partner of South Carolina’s largest law firm, Nelson Mullins, which essentially said, “Build the Bridge.

Even the Greater Columbia Chamber of Commerce was firmly on board. The membership was invited to vote their preference, which was reported as 65% for The Bridge, although the chamber director confided in me it was actually 75%.

So we almost had a done deal. As it turned out, we got a satisfactory convention center with good attendance and plans for expansion.

Fine. But who cares?

Now let’s get on with making a city. But who cares?