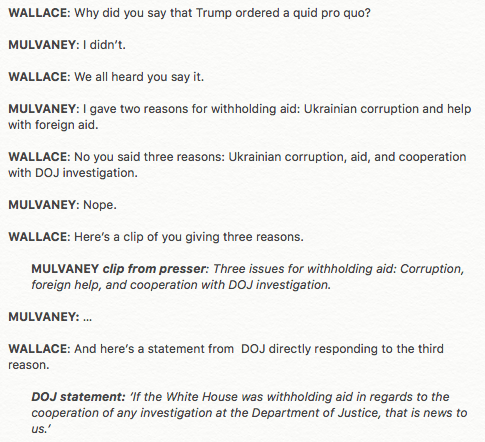 Just this morning I got around to reading Frank Bruni’s Sunday column, which begins:

The wonder of the Trump administration — the jaw-dropping, brain-exploding phantasmagoria of it — is that it doesn’t bury its rottenness under layers of counterfeit virtue or use a honeyed voice to mask the vinegar inside. The rottenness is out in the open. The sourness is right there on the surface for all to see.

It’s at the president’s rallies, where he plays a bigot for laughs, a bully for applause.

It’s in the ballrooms and beds at Mar-a-Loco, where he mingles official government business with free marketing for his gilded club.

It’s in the transcript of his phone call with the president of Ukraine, for whom the quid, the pro and the Biden-ravaging quo couldn’t have been clearer.

It’s at the microphone in the White House briefing room, where his acting chief of staff, Mick Mulvaney, showed up on Thursday, announced that President Trump would host the next G7 meeting at one of his own golf resorts, and conceded that, yes, aid to Ukraine had been tied to that country’s indulgence of the president’s political obsessions….

Yeah, it’s pretty amazing, all right — in that we’ve never in American history seen anything like this.

But you know what is a greater wonder? The fact that there are all these people out there — Republican officeholders, and the “base” that terrifies them — who don’t see it, or claim not to see it, no matter how many times Trump slaps them in the face with it, compelling him to look.

People still defend him, in spite of all.

That’s the wonder of it… 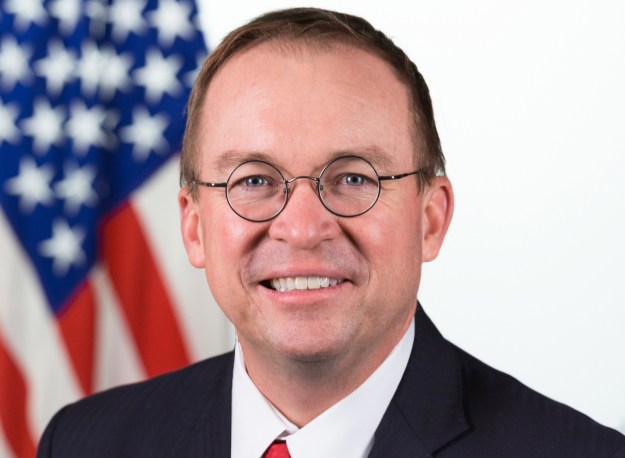 Doesn’t it make you proud to have a South Carolinian acting as White House chief of staff? For the moment, I mean?…

71 thoughts on “The greater wonder is that there are people who don’t see it, or don’t care, or both”