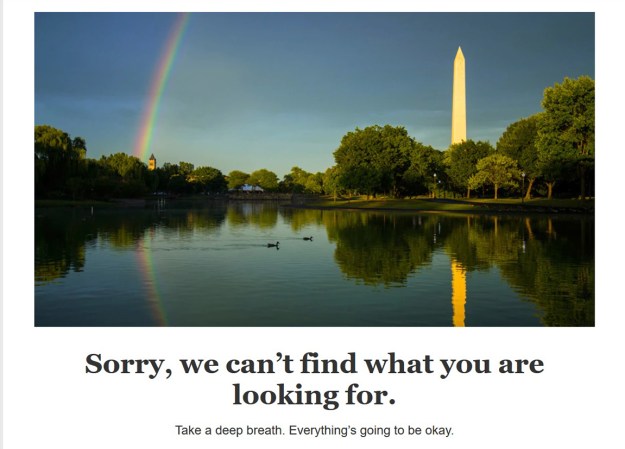 The news out of the capital is pretty dire, sometimes almost apocalyptic. Wars and rumors of war, the possible collapse of the Republic, and so forth.

The Washington Post‘s semi-new tagline, Democracy Dies in Darkness, expresses a grim determination that seems suited to the times.

But the Post has it’s softer, more soothing, side as well.

I was searching for the latest on Turkey’s assault on our erstwhile ally, when I clicked and, instead of an update from Syria, got the above screen.

Whew. I feel so much better…

58 thoughts on “The Washington Post says it’s going to be okay. Whew…”