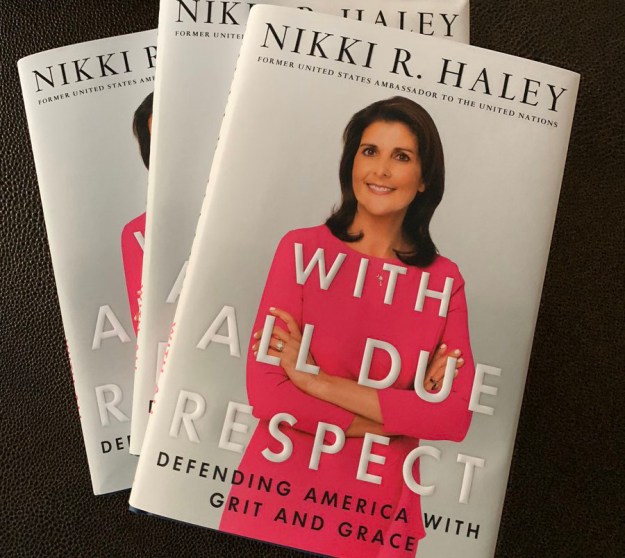 Having been out of town travelling, the first thing I read about Nikki Haley’s most-newsworthy revelation in her book took a sort of second-day, second-guessing approach.

Aaron Blake wrote that yes, the assertion that Rex Tillerson and John Kelly asked her to help them save the country from Trump and she refused was important, but “The bigger story, though, is that two even-higher-ranking officials took such an extraordinary step that allowed for Haley’s refusal.”

No. Sorry. It’s not really news that Tillerson and Kelly knew their boss was a dangerous idiot. Hadn’t we assumed that?

The simple version IS the news here: Nikki did NOT fully see what a loose cannon Trump is, and refused to help them.

I suppose I’d need to read the whole book to know, but the few quotes I’ve seen seem to hint that when the two men told her, “The president didn’t know what he was doing,” she didn’t immediately agree with them.

And this is important because, against all reason, people keep saying that Nikki is “widely viewed by Republicans as a top potential presidential candidate in 2024,” even “the Republican Party’s brightest rising star.”

Only in a world in which Donald Trump can get elected president of the United States — a radically different universe from the one we all lived in before 2016 — could she look like presidential timber.

For that matter, only in a world like that could she — a charming person with ZERO training or experience in international affairs — have been considered a candidate for ambassador to the United Nations. But she got that job (because the priority was to make Henry governor), and managed to look very good in it, given the background — which is to say, given the train wreck that is Trumpian foreign policy.

Also, I’ll acknowledge that it makes me a tad nervous to have political appointees presuming to work around an elected president, even when that president is Trump. But I don’t get the impression that these guys were talking coup. (They weren’t even proposing the nearly-impossible task of putting the 25th amendment into play, although they should have been.) I could be wrong — and y’all tell me if I am — but it seemed more like a couple of guys in unenviable positions trying to guide the administration in a sane direction, and hoping for a little help.

Which she refused to give. And that’s what we should remember, whenever anyone mentions what a hot prospect she is to become POTUS.

14 thoughts on “Nikki Haley was asked to help save the country. She refused.”