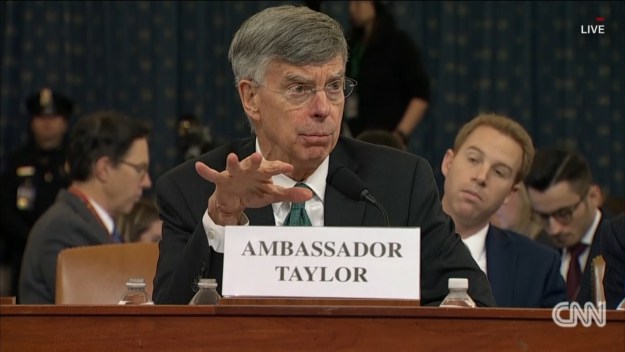 I’ve never been fond of “man-on-the-street” interviews. I prefer “people-who-know-what-they’re-talking-about” interviews. Guess that makes me an elitist. That, and… other stuff.

Anyway, this morning on NPR — I think it was on “The Takeaway” — there was this long string of short clips of Real People answering the question of whether they’d be watching the impeachment hearings on TV today. As usual, I could only take so much of it before switching it off.

If I remember correctly, most of the Real People were not planning to watch the hearings. (Actually, I just went back to check, and all of the ones I heard said that. There was a string of people who said “yes” after that, but I had turned off the radio before they came on.)

Presumably, I was supposed to be interested in their reasons for watching or not watching, as though there would be something edifying in these reasons, as though I would be somehow wiser for having heard the usual comments like “I’ve made up my mind,” “It’s all a partisan farce,” “I have a life,” etc.

And I’m thinking, Who can sit and listen to TV all day — TV about ANYTHING? And moreover, who on Earth would WANT to?

Or NEED to in order to be an informed citizen? I take in news and analysis from quite a few competent professional services every day. I’ll get all the information I need from those sources. (Unlike the president, I trust professionals to do their job — and I know if one slips up in doing it, the next one will fill in that gap.) If — and this seems doubtful — I feel the need to watch a portion of the testimony, to get intonation or whatever, I can go back and find and watch it with little trouble. In fact, I most likely won’t even have to look for it, because so many sources will be throwing the clip at me.

So in other words, the Real Person who sounded most like me was the one who said he would not be watching, but “I will pay close attention to the media recaps.”

Which will give you more than anyone needs to know. In fact, you’ll have to scan the whole mess with skill, discernment and alacrity if you’re going to get anything else done that day.

So who’s watching? And why? 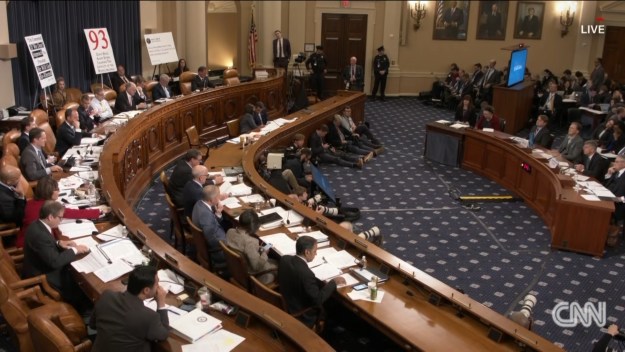