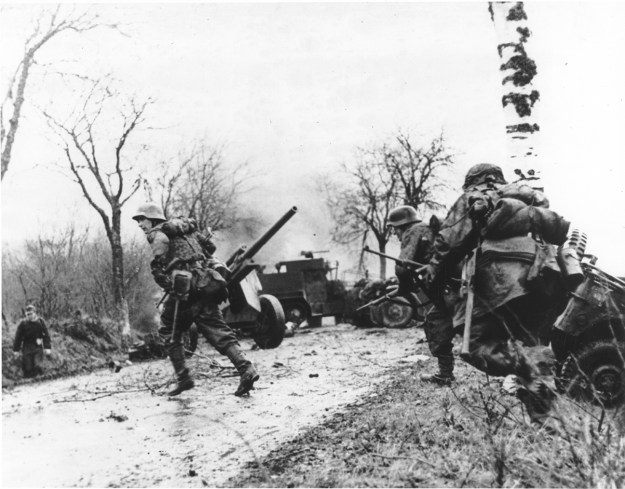 Seventy-five years ago, my father-in-law was one of the green troops of the 106th Infantry Division that had been placed on the front line in what was regarded as a relatively safe area. There, in the snowy Ardennes Forest, they could learn what it’s like to be on the line, maybe make some contact with the few enemy troops believed to be in the area, and in general get some seasoning. 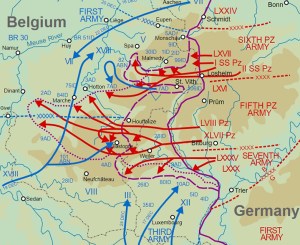 And then, divisions of armor and infantry the Allies didn’t know Hitler had just rolled right over the 106th. There was some brief fighting — my father-in-law would be haunted by having seen a friend killed by a bullet he thought was meant for him — but the two regiments of the 106th on the line were captured en masse. That included my father-in-law, Walter Joseph Phelan, and 6,000 others, among them the novelist Kurt Vonnegut

After an arduous journey east, Mr. Phelan would spend the rest of the war in a POW camp in Germany.

It was the largest land battle fought by the U.S. Army in that war.

Years ago in a biography of Adolph Hitler, I read that he hoped to shock the Western Allies into a stalemate or negotiated peace so that he could turn all his remaining assets to trying to stop the relentless Russian advance. When I read that, it seemed insane. Everything I knew about American resolve during that war, in retrospect, made that seem impossible.

It doesn’t seem so impossible to me today, after Vietnam, Mogadishu, and other experiences. But I’m glad Hitler was wrong about us that time. And I’m deeply grateful to the Americans and Brits who fought so hard to put an end to Nazism — my father-in-law, the men of the 101st who went into battle without winter clothing or enough ammunition, this guy whom I read about this morning, all of them.

And I’m in awe of what they achieved. 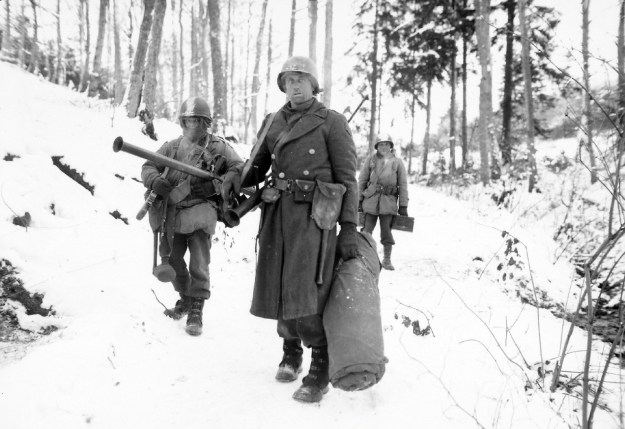 23 thoughts on “75 years ago today in the Ardennes”