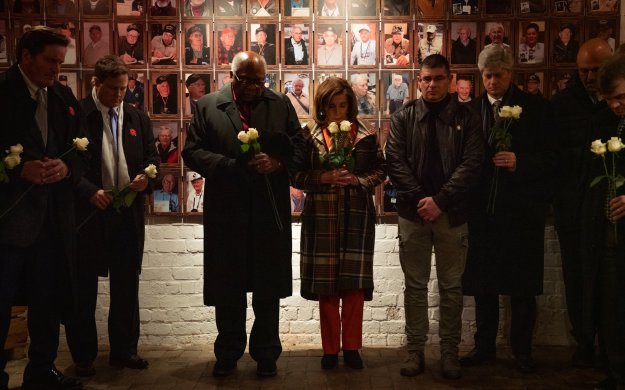 This image has nothing to do with my topic, but I went looking for a picture of House leadership, and I thought this one very interesting on its own terms.

I’ve actually meant to say that for a couple of months, but there’s never been a day when I felt I had enough time to explain all the reasons I think that. And I don’t have time to explain it all today, either. But I thought I should at least say it, before the whole thing is over with.

Oh, and I have another excuse: I haven’t always been sure I felt it was being rushed. But it’s a thought that has occurred to me, many times. And this time, I’ll go ahead and say it before I doubt it again. And if I’m wrong, y’all can tear it to shreds.

The Democrats have been hurrying this thing because they want it over well before the 2020 elections. And that makes a certain amount of sense as electoral strategy, except for this great, big flaw: Impeachment itself has NEVER been in the electoral interest of the Democrats — or the nation — since a conviction in the Senate was never in the cards, and it increases the chances of a Trump re-election.

But the thing is, they had to go ahead and do it. If you’re a sworn member of the House, and a president has done what this one has done, you have to impeach him. Just as the Republicans had to with Clinton 20 years ago. Clinton’s behavior was impeachable from the get-go, and so has Trump’s been.

So, good for the House Democrats for doing their duty, as the House Republicans did last time around. But they’ve tried to have their cake and eat it, too — to do this thing that honor requires, but try to minimize the political cost.

Now, the Senate is going to rush this through even faster and we’ll never hear from people we should have heard from.

And Trump will still be in office, and his base — which is immune to reason or facts — will still be ticked off about it, so you will have paid the political price without a concrete result.

But I do think they’ve rushed it, and I’m not persuaded that was necessary or advisable.

269 thoughts on “Impeachment has been rushed, and it shouldn’t have been”