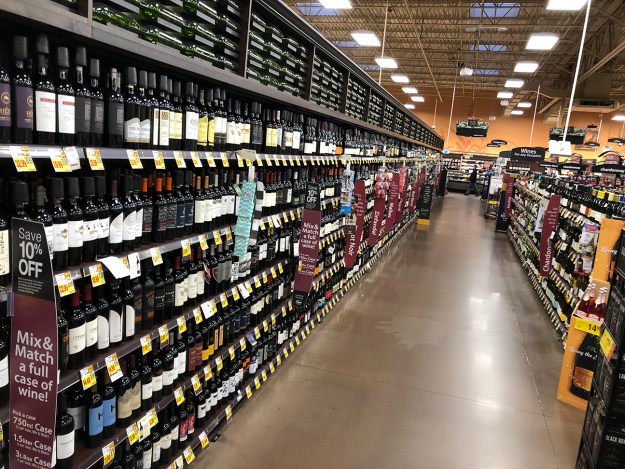 So we can sell wine now? All RIGHTY then…

I started putting this Open Thread together on Saturday at a Barnes & Noble in Memphis where I had gone to do some work while my wife was otherwise engaged. (Actually, she was at a soup kitchen downtown where her brother and sister-in-law volunteer, helping them out. I felt bad about not being with them, but I did get some work done.)

Anyway, when I realized they were back at the house, I dropped the blog post (I had only started it because I’d run out of work things I could do without reaching clients on the phone) and went and joined them.

It was an eclectic Thread I had in mind, just based on stuff I’d found interesting in that day’s Washington Post. Here you go:

As a postscript… I went looking for a photo for this post among what I shot in Memphis over the last few days, and settled on the above shot of an aisle in a Kroger. All the years I lived in Tennessee, it was illegal to sell wine in grocery stores. Since that changed (and this is the first time I’ve been back since that happened), the grocers have been making up for lost time. The picture doesn’t even show the whole aisle. There’s about six feet more of wine shelves behind me…

64 thoughts on “The Open Thread that wasn’t”