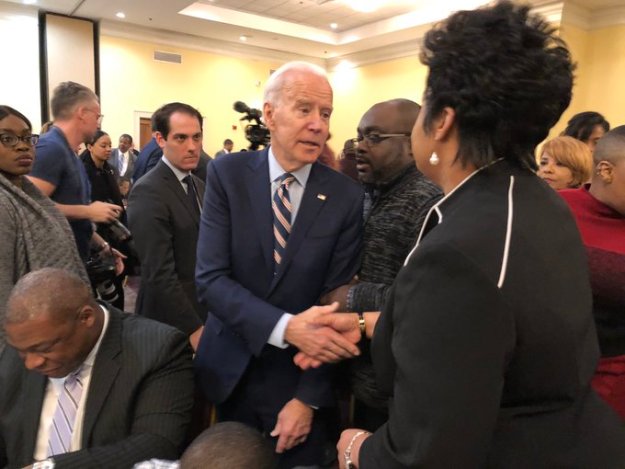 Y’all, I’ve been too busy to post today, but as you know this was a busy day in Columbia for presidential candidates.

Of course, it was a lot more than that. It was MLK Day, which for me has generally been a rather busy holiday. It all started 20 years ago today, when the Columbia Urban League, under the leadership of J.T. McLawhorn and Dr. David Swinton, decided to do something BIG to show how much folks wanted the Confederate flag off the State House dome.

With the help of a coalition of like-minded groups, they succeeded. J.T. and I went on Cynthia Hardy’s show (Cynthia, by the way, was J.T.’s right-hand person at the Urban League at the time) on WACH over the weekend to talk about that event. Why have us old guys on TV to reminiscent about something so long ago? Because it was amazing. There’s been nothing like it before or since. Here’s a picture. The crowd was estimated at 60,000.

In the years since, the march at rally at the State House has become branded as more of an NAACP production (it was one of the organizations that helped with the first one), while the CUL has put its energies into a huge breakfast event at the Brookland Baptist convention facility. Both are magnets for Democrats with national ambitions. I was at the Urban League event this morning, with friends:

Ran into some friends at the Urban League MLK Day breakfast at Brookland Baptist — such as Joel Lourie, Mitch Willoughby and @JamesSmithSC. @JoeBiden, @PeteButtigieg, @DevalPatrick & @TomSteyer are also here. pic.twitter.com/tp9wyXWwZU

It was great to see and hear Joe, of course — and to a lesser extent Pete and Tom and Deval.

I didn’t get a chance to speak with Joe — and was jealous that my friend Samuel Tenenbaum got to sit next to Joe. For my part, I sat at one of the tables dedicated to the Biden contingent, and got to visit with Joe’s state political director and fellow Smith campaign alumnus Scott Harriford.

While I didn’t speak with Joe, I did shake hands with Pete. I didn’t set out to, but we sort of bumped into each other while trying to squeeze through the crowd back to our seats. So I did the civil, and stuck out my hand and said, “How’s it going, Mayor?” And he took it and nodded and moved on. (Yeah, I know. I just didn’t have anything pertinent in mind to say.)

I’m not going to try to report on what everybody said. I leave that to the reporters. Here’s The State’s story, and here’s the Post and Courier’s.

I just thought I’d share how I observed the holiday. How did you? 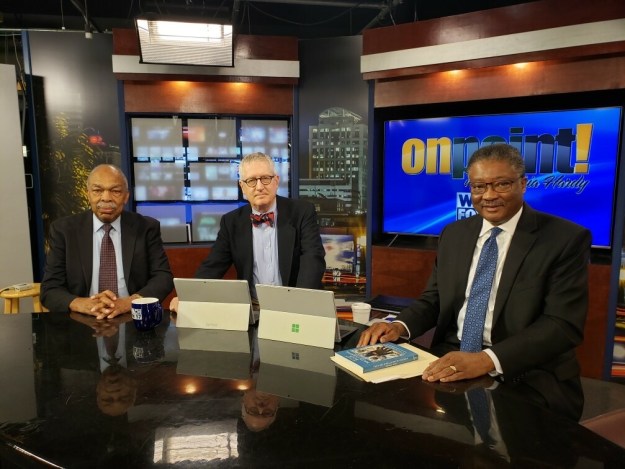 Cynthia shared this pic taken just before we went on her show. That’s Jim Felder on the left, J.T. McLawhorn on the right, and some old white guy in the middle.

6 thoughts on “A busy MLK Day in Columbia”