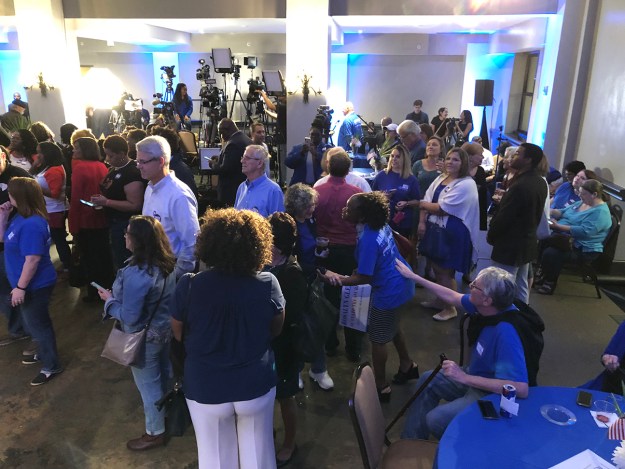 One time ago a crazy dream came to me
I dreamt I was walkin’ in World War Three
I went to the doctor the very next day
To see what kinda words he could say
He said it was a bad dream
I wouldn’t worry ’bout it none, though
Them old dreams are only in your head…

I’m not sure where this dream last night started, but I know where it ended up.

Very close to the end, I found that I had just been elected to Congress. It was election night and results were still coming in, but my race had been called, and I’d won, and I was wandering about in a crowd of people at some sort of watch party — not my own, because people seemed just as interested in the races that were still up in the air as in mine. So I was generally being ignored by the crowd, which was fine, because I had a lot of thinking to do.

Mostly, what I was thinking was, How did this happen? and What happens now?

You ever see “The Candidate?” Not the recent Spanish-language series on Netflix, but the movie from 1972. In case you haven’t, here’s a SPOILER ALERT: Robert Redford plays the son of a former governor who is an environmental activist, but has no interest in electoral politics. A political operative played by Peter Boyle talks him into running for the U.S. Senate, promising him that he can say anything he wants, because he’s going to lose anyway. But then Redford, learning he is going to lose by a landslide, agrees to moderate his message somewhat, to avoid complete humiliation. In the end, he wins. He stands stunned in the middle of a crowd, and pulls Peter Boyle aside to ask, “What do we do now?” Boyle conveniently opens a door to let the excited crowd in, and affects not to have heard the question.

My dream was kind of like that ending, only maybe more so. I didn’t remember how I’d gotten there, even how I came to have my name on a ballot, and I was really stunned to have won. I didn’t have any particular interest in being a member of Congress, and I was feeling a sense of dread as to how this would affect my life. Evidently, it had not occurred to me previously to wonder about these things.

And there was no Peter Boyle to ask. But I kept running into random people. One of them was Lindsey Graham, who congratulated me warmly — he seemed quite sincere about it — which really made me wonder: Had I run as a Republican? What had been my platform?

I had no idea, and the situation was sort of like that college nightmare where it’s exam time and you don’t know where the class is located, and it’s WAY too late to ask anybody that.

I was lost and bewildered. I think the doc would say it was a bad dream…

Below is the ending of “The Candidate.” Don’t watch if you haven’t seen it before:

5 thoughts on “I got elected to Congress last night. Is that a good dream, or a nightmare?”