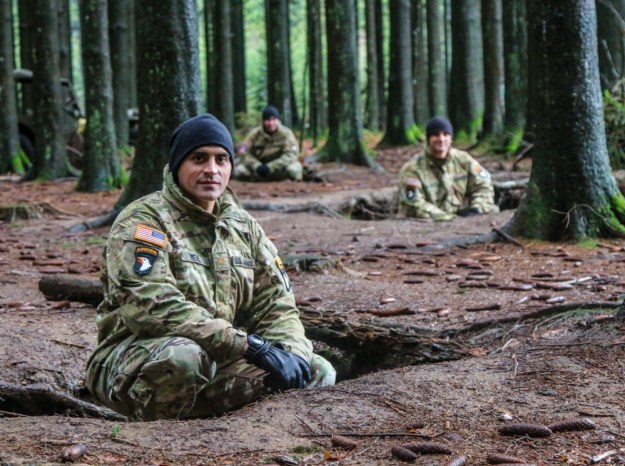 I was looking up something about the Battle of the Bulge, which had started on Dec. 16 and was still going on 75 years ago today, and ran across a fact that surprised me a bit, and that I though I would share.

It seems that you can still see the foxholes occupied by members of the 101st Airborne Division — including the guys celebrated in the book and series “Band of Brothers” — in the Bois Jacques portion of the Ardennes. Time has not yet fully filled them in. Which is fitting I suppose, since these holes were not the kind that were dug one day and abandoned the next. Those guys lived in and fought from those holes for a month before rising up to take the town of Foy and resume their march into Germany.

When I did a search for images, I ran across this one of several present members of the 101st sitting in what remains of those holes just last month, on Dec. 14.

Here’s the caption provided by the Army:

That’s all. I just found the image interesting, and thought I’d share it.

6 thoughts on “Persistent traces of history: Foxholes in the Ardennes”