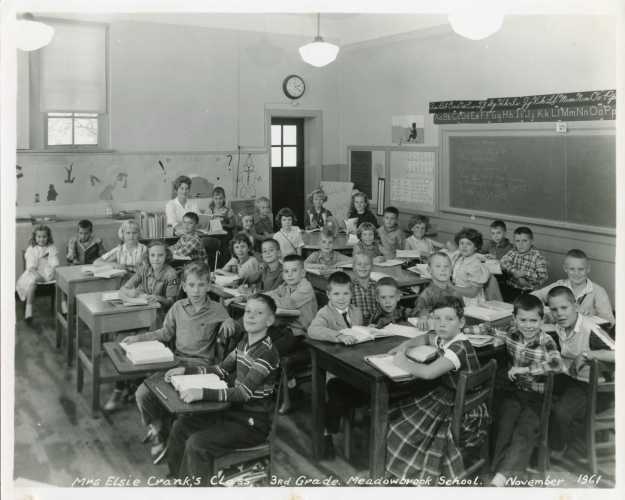 Over the weekend, my Mom said she wished she had taken pictures of some of the gazillion places we lived when I was growing up.

I said I’d try to find Google Maps Street View images of the ones still standing.

I had a little trouble finding the place in Norfolk where we lived when I was in the 3rd grade, but eventually prevailed.

I had found it on a previous occasion, and remembered I did it this way: I found my school, and then traced the well-remembered route that I walked home every day. Yes, kids, we did that back in the Dark Ages. We also had more than 30 kids in a classroom, and didn’t know how deprived we were.

But I had trouble finding the school this time. And I couldn’t seem to recall the name of it, either.

But I remembered that my teacher was named “Mrs. Crank.” She was a strikingly beautiful lady — the kind of teacher the Beave would have a crush on in a ’50s sitcom — but had an unfortunate married name. I thought if I could find her, I could maybe find the school she taught at.

I recalled that I had saved my class picture to my Ancestry profile, and that her full name had been on the picture, so I went there, and bingo! Not only did it name her as “Mrs. Elsie Crank,” but named the school as well. Meadowbrook Elementary (talk about sounding like something right out of “Leave it to Beaver”…). I then found a Facebook page for the school, which included the address, and I was home free.

There’s the picture above. I’m the second kid from the left in the back, hiding behind a book and looking miserable while my classmates smiled. I remember it. I was sick with a fever. I’m pretty sure Mrs. Crank sent me home immediately after the picture was taken (but obviously I only missed a few minutes of school, since the clock says 2:20). The only good thing going on here is that, you’ll notice, I’m sitting right next to Mrs. Crank. Way to go, Beave!

So I’m patting myself on the back for having found it detective-style, and I enter the address in Google Maps. 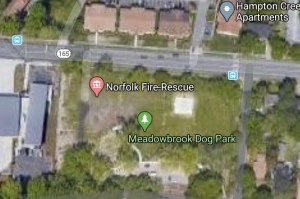 But no school. It had been replaced by… wait for it… a dog park. Meadowbrook Elementary had become Meadowbrook Dog Park. Really.

I mean, I didn’t expect them to turn it into a shrine to my youth or anything, but still…

Anyway, I put that behind me and found the house, which you can see below. I vaguely remembered it. It was a duplex. We lived downstairs, and upstairs was a lady who had a piano located right over my parents’ bedroom. She liked to practice at 10:30 p.m. I don’t remember it, but my Mom does.

I continue to think Google Maps is one of history’s greatest inventions. What’s the most fun you’ve had with it lately? 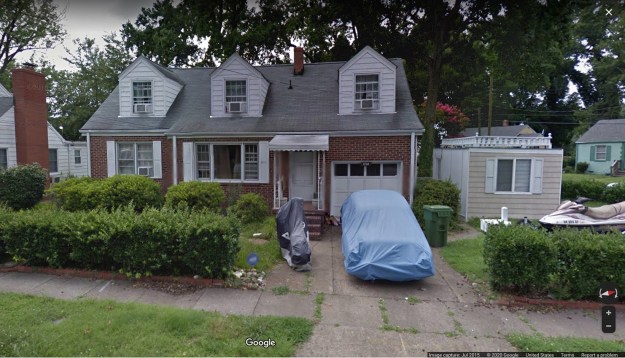 11 thoughts on “Apparently, they decided against making my old elementary school into a shrine”