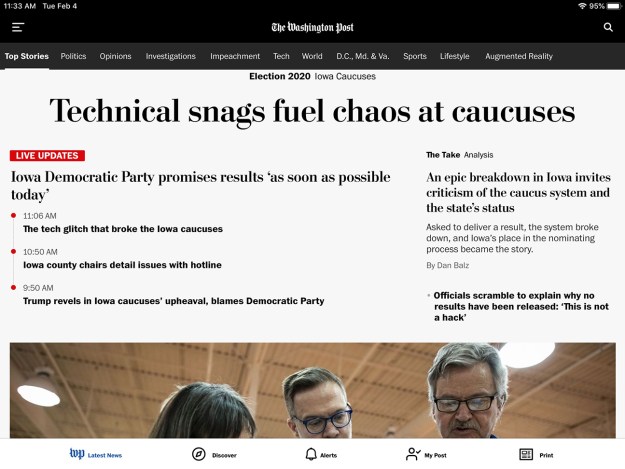 At least, I could swear there was such a (pre-social media) meme as “Palm Beach stupid,” a rather unkind reference to Floridians who lacked the ability to punch a hole in a card corresponding to the candidate of their choice. Yet I can’t find it by Googling, so maybe I dreamed it.

But we definitely have Iowa today, and similar scorn is being directed at it. Especially by Trump’s minions, such as his campaign manager:

They can’t even run a caucus and they want to run the government. 😳

Mind you, this is coming from a guy who can’t spell “Democratic.” But hey, Iowa sort of asked for it, right?

The good news is, all this scorn could have a salutary result: Maybe it will finally spell the end of the Iowa caucuses, at least as anything the rest of the nation pays attention to. That would be a good thing.

But while we’re slinging insults at them, and pondering a return to older, more legendary ways of picking leaders:

@BradWarthen @TheDouglyTruth Time for a second look at strange women lying in ponds distributing swords as a basis for a system of government?

… I have to admit to a certain fellow-feeling for those poor losers up in Iowa. I’ve kinda been there.

I’ve been the guy in charge of election coverage at three newspapers in my career, in three states: Tennessee, Kansas and South Carolina. Pulling together results from a long ballot and publishing them accurately in the next days paper is — or at least, was in those days — an extremely complex affair that required a lot of different things to happen in different places simultaneously, and without a hitch.

My fellow editors would kindly surrender the resources of the newsroom to me — a hundred or so trained professional would be at my disposal — but it was always on me to figure out exactly who would do what at precisely what time, and how it would flow through the newspaper production process without things clogging up, so that the presses would roll on time and readers would actually receive their newspapers crammed with all that information.

One piece of that puzzle was getting the numbers and putting them into tables — candidate by candidate, county by county, and in the metro area, precinct by precinct. The numbers not only had to get into the charts, but to the reporters writing the stories, so our numbers would match. (We generally kept the use of numbers in the stories to a minimum, though, to simplify the coordination somewhat.)

In other words, a part of my job was doing what the people in Iowa have failed so spectacularly to do.

It usually went pretty well, but not always.

One of the lowest points of my professional life occurred in the early ’80s in Jackson, Tenn. The Jackson Sun was then an afternoon newspaper, which meant we had all night and part of the next morning to get things right before going to press, which meant our report needed to be more complete and accurate than what the morning papers had. And it generally was.

But one election, things went horribly wrong. After working all day on Election Day, and then all night pulling the results together, at mid-morning — about an hour before the presses were to roll — I realized the tables were wrong. Completely wrong. All the totals were wrong, and we couldn’t figure out why. We’re talking about full-page tables, densely packed with numbers.

I’d been up and going at full speed for more than 24 hours, and my brain just froze. What was I going to do? There was only one thing to do. Check every single number, and try to find a pattern that showed us what had gone wrong.

At that moment, my boss stepped in. Executive Editor Reid Ashe was and is a very smart guy, for whom I’ve always had the greatest respect. And he had a lot of respect for me, respect that I valued. For his part, he valued excellence. He had this art deco poster, a reproduction of one that had once hung in French train stations, that had this one word over the image of a locomotive: EXACTITUDE.

It was, if I recall correctly, the only decoration in his office. His walls bore that one message for the world. This is what mattered to him. Therefore, we understood, it needed to matter to us.

With a rather grim look on his face, he sat down at a table in a conference room with a calculator, and started to crunch all the numbers.

While he did that, I sat on the floor against the wall with my face in my hands. I had tried to sort it out, but my brain was too fried at that point — those numbers were sort of dancing around before my eyes. I had to wait while Reid had his go at it, with — at least, I imagined — steam coming out of his ears.

He figured it out (hey, he had had some sleep!), and we got the paper out. Eventually, I went home  and crashed.

I don’t know if there’s ever been a moment in my life when I felt more like a failure.

So as I say, I have some sympathy for those people in Iowa. 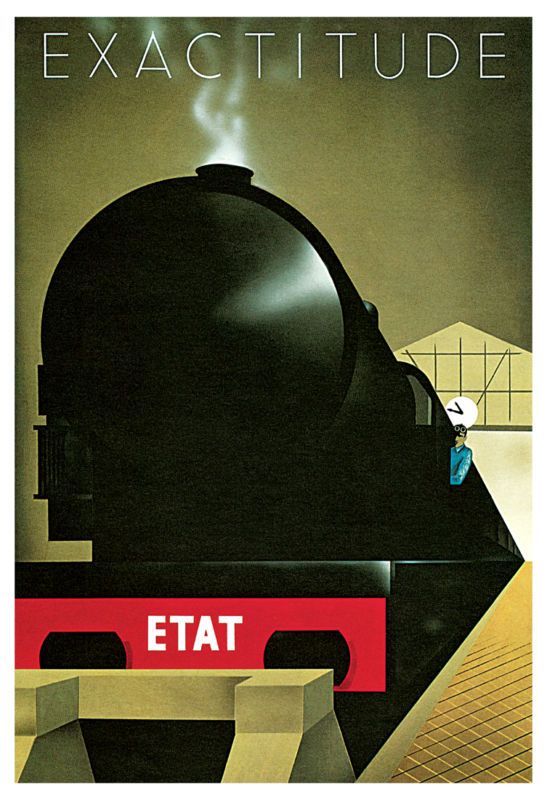 Reid had this one decoration in his office…

17 thoughts on “I have some sympathy for those poor wretches in Iowa. Some.”