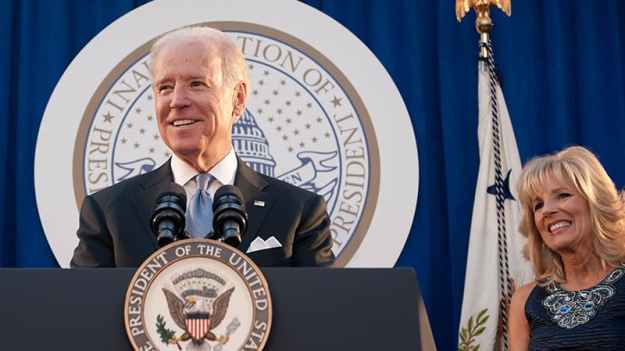 The last few days, I’ve been increasingly conscious of just how momentous this primary is today. I’ve felt the weight of it more and more.

I can’t think of a time when South Carolina played such a dramatic role in the selection of a president. Which is a big deal in and of itself. But the possible effects go far, far beyond that, sending ripples through our national politics that could be felt for a generation and more.

In the short term, one of two things will happen, depending completely on what my fellow South Carolinians do:

The second option, of course, will almost certainly lead to the re-election of Donald Trump, possibly with the kind of historic win that he lied about having in 2016.

Oh, it would be possible that enough Americans could die of coronavirus, and enough fortunes be wiped out on Wall Street as a result, for anybody, even Bernie, to beat Trump. But I certainly don’t want to see such a disaster. I don’t know about you.

And if something along those lines did happen, it’s extremely unlikely that Bernie will have a Democratic majority in either the House or the Senate. While voters might reject Trump personally over a pandemic, those moderate-to-conservative voters who elected moderate Democrats in 2018, giving that party its majority, will be sufficiently horrified at the prospect of President Sanders that they’ll vote to switch those districts back into the red.

Even if — and this is impossible — Democrats could keep the House while electing Bernie, and miraculously win the Senate, Bernie won’t be able to get his agenda through Congress. With both chambers being Republican, and the Republican base up in arms (in some cases possibly even literally) because of the defeat of Trump, he’ll get nothing but the back of the legislative branch’s hand. He’ll sit there in the Oval Office with his face getting redder and his arms flailing about, fulminating at how the system is rigged against him.

And he will keep his base as stirred up and angry as Trump keeps his. Because he promised them things, and they actually believed he could deliver. Nothing left to do but hate the billionayuhs even more, because obviously, obviously it will be their fault — in the Bernieverse.

But that wouldn’t be the worst news for the Democratic Party. The worst news is that it would be as dead as the GOP, and from basically the same kind of cause — its capture by someone who is not actually a Democrat, and who has crushed real Democrats on his way to nomination.

And in a way, the situation would be more overt than outsider Trump’s capture of the other party. Trump had always been kind of all over the place about his affiliation until just before the 2016 campaign. Bernie Sanders has made no bones about the fact that he is not a Democrat, and has refused to called one. And since calling himself a Social Democrat would be too tame, too mainstream, he has gone with the label “Democratic Socialist.” More in-your-face. More I-dare-you-to-vote-for-me. That’s Bernie.

You might think that after making such a strong run at the nomination in 2016, and obviously intending to try again, he might have softened a bit on his insistence that he was not a Democrat. But he didn’t; quite the contrary. It’s either Bernie’s way or the highway; he doesn’t bend even to appear to be a team player.

After Trump’s election, decent people who care about the country could at least place some hope in the Democratic Party, which had not yet gone off the rails. Surely the Democrats could find a way to beat this guy, and return our nation to the standards of decency and sanity that we were able to expect with our first 44 presidents.

Knowing the stakes, Joe Biden — a guy who had done his duty for his country for longer, and gone higher in public service, than any other member of the party — stepped forward to offer himself as the vehicle for that national return to sanity. He did so when almost anyone else would have sat back and enjoyed his grandchildren full time.

And if South Carolina comes through for him today, he’ll have a shot at accomplishing the mission. Just a shot, mind you. Nothing is guaranteed, but the alternative is to be resisted with all our might.

The stakes just couldn’t be higher. And it’s all in our hands. We will decide the course of the nation.

38 thoughts on “If you live 100 years, you may never again have a chance like this to influence the course of the nation”