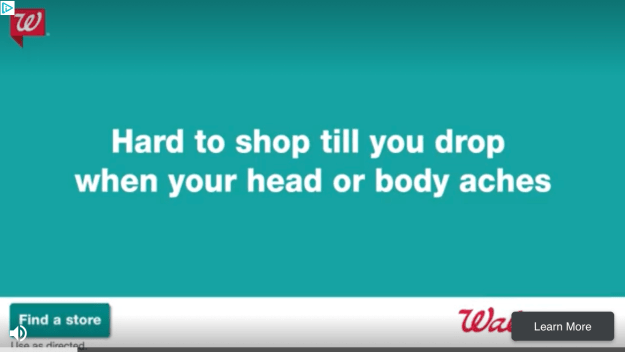 Following up on that last post, here are a couple of other ads that have been really bugging me, cropping up on my phone over and over. Might as well get this out of my system.

First, the Walgreens one, above.

This is amazingly stupid. If you really want to “shop till you drop” — and why you would want to do that is beyond me — then the best, most efficient time to get ‘er done is when you’re feeling bad. You’ll drop faster, and get the idiotic exercise over with.

Then, the Steyer one, below, which I really feel like ranting about…

“Imagine a day when your concerns matter more to politicians in Washington than what’s said in corporate boardrooms.”

Perhaps it’s unfair to single Steyer out this way, since this is a cliche that you see across the political spectrum, but he’s the one who has caused this to pop up in front of me dozens of times, and I’m fed up with it.

People, listen to me: The problem is not that politicians aren’t paying attention to ordinary folks like you. If anything, the norm is that they pay too much attention to what they hear from constituents. (Rather than doing what they should, which is study the facts and make a rational decision, because we have delegated them to do what we don’t have time to do.)

If the things they do were dictated by people in corporate boardrooms, you might not like all the results, but their actions would, in general, be more rational. They’d pursue policies more likely to lead to economic growth and stability, with everyone having the money they need to buy stuff from the corporations.

Is this a perfect formula? No. Which is why I’m neither a “business is always right” or “the people are always right” guy. And why I hate bumper-sticker expressions such as this one, which suggest that it is that simple.

To give you one example of where I’d prefer the decision be made in the boardroom than by the blowhard at the end of the bar: If it were up to the boardrooms of the hospitals of this state, we’d have Medicaid expansion so fast it would make your head spin.

So why don’t we have it, even though the state is run by allegedly business-friendly Republicans? Because those Republicans would rather pander to the guy who doesn’t want a penny to go to anything called Obamacare. They care WAY more about what those ordinary folk think.

The problem isn’t one of failing to be populist enough. It’s a case of not being smart enough. Or listening to people who aren’t smart enough.

Oh, and it’s not necessarily about numbers, or at least not numbers in the population at large. I said something about this to a friend earlier, and he said if they’re doing what the people wanted, we’d have more gun control. Nah, it doesn’t work that way. MOST people would sorta, kinda like to have more gun control. They want it more right after a mass shooting than they want it at other times. And then they more or less forget about it. But the minority who are absolutely opposed to any new strictures placed on guns are thinking about this all the time, and they’re ALWAYS opposed to it. And will vote accordingly.

Another way to look at it: Those Republicans who vote against Medicaid expansion aren’t afraid of the majority of people in South Carolina. They’re afraid that a plurality of a small subset — certain voters in their districts — will vote for someone more extreme than they are in their next primary. Because that’s the way things are set up.

Want to see that change? Demand an end to gerrymandering…

But understand, it’s not about Blue Meanies in corporate boardrooms. Unless, of course, we’re talking about corporate taxes… 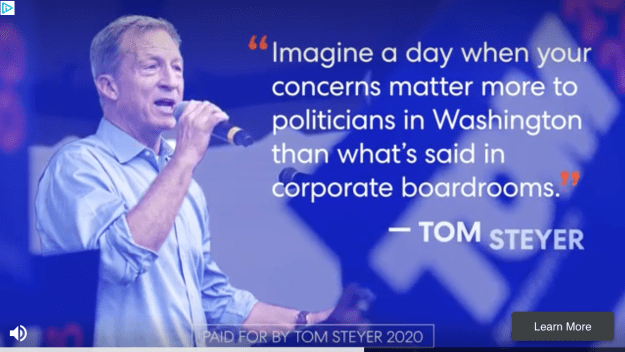 2 thoughts on “No that’s the BEST time to try to do that, if you must do it…”