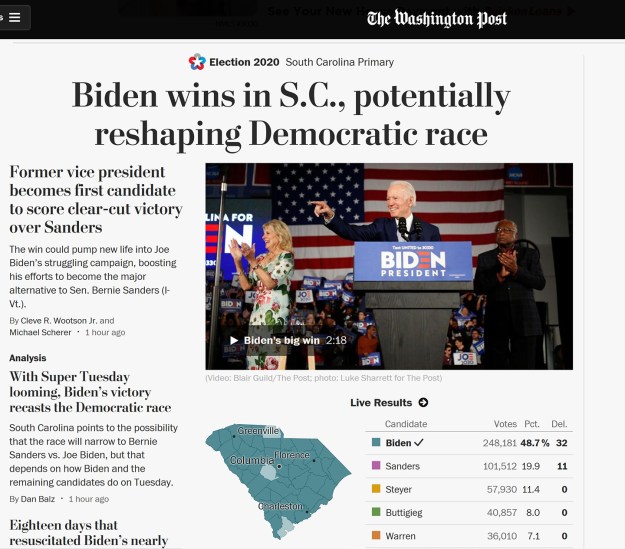 I was really hopeful, but I never would have guessed that, once South Carolina FINALLY got to have its say, things would have gone as wonderfully as this. 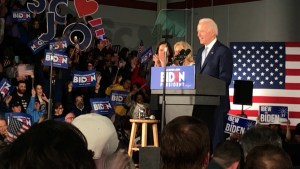 The best shot I could get from where I was standing.

Now, finally, you can see national media — who have seized every opportunity to be as dismissive of Joe as possible — saying that he has emerged as the man to stop Bernie Sanders.

Joe was always the candidate for real Democrats wanting to save their party, and beat Trump. (And he was the candidate for a lot of us independents, too.) People — especially African-American voters — in South Carolina knew that. Today, they told the rest of the country.

And the rest of the country is taking note.

Will it be easy? No. This helps on Super Tuesday, but it’s impossible to predict anything with so many variables. But right now, at this moment, the race has taken on its proper shape, and I am hopeful.

Just a few thoughts before I sign off for the night:

That’s all for now.

I don’t know about you, but I’m pretty excited to see what happens next… 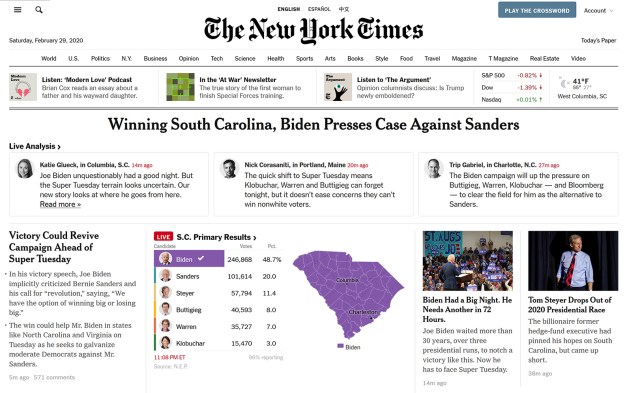 22 thoughts on “The best of all possible primary results!”