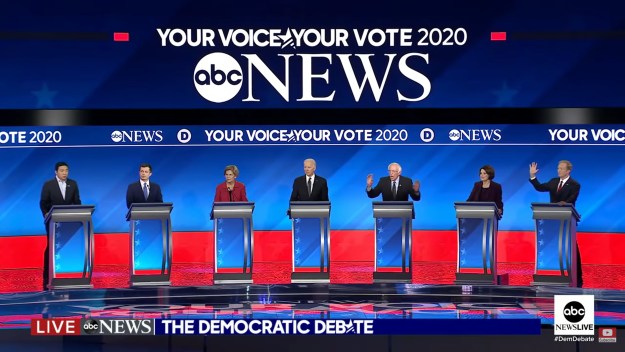 I watched the Democratic debate the other night — or most of it — but wasn’t interested enough to Tweet about it or anything.

I almost did at one point, but I wanted to take time to do a little research — refresh my memory.

What I had wanted to say was, “What was it Dick Harpootlian said that was so bad that Steyer thought it could be damaging to Biden?”

So I went back and read the stories about the contretemps between Dick and Jerry Govan — neither of them any stranger to confrontation — and came away still wondering that same thing.

Mr. Money Bags a.k.a @TomSteyer has paid S.C. State Rep. Jerry Govan almost $50,000 for a month worth of work? Is he pocketing the dough or redistributing the wealth? cc: Steyer FEC report

That one was followed up by this:

“He told me he was with Joe Biden until Mr. Moneybags showed up,” Harpootlian said “This is what happens when billionaires get involved, whether its Donald Trump or Tom Steyer. They just buy things. They don’t have to persuade anybody, they just buy them.” https://t.co/kpyzu184o1

After the state House and Senate let members out of a joint session, the Legislative Black Caucus met in a closed-door meeting, and then held a press conference in the State House lobby. As members of the caucus exited their meeting, Harpootlian waved and said ‘hello’ to Govan, who stared back and waved his index finger in the air…

At the press conference, Harpootlian was accused of being racist. Harpootlian disagreed, and said “I will not be silenced by those who use race as a shield from criticism.”

By the way, only certain members of the Black Caucus backed Govan in this:

State Sen. Marlon Kimpson, a Charleston Democrat and Biden supporter, noted that he and several other members of the Black Caucus did not participate in the press conference.

“It was to his benefit to give the impression that it was a Black Caucus press conference but it simply was not,” Kimpson said.

For his part, after the debate, Tom Steyer couldn’t answer Dick’s question about what Govan has done for the money:

“I’m not the person running the campaign,” Steyer said. “I know he’s a senior advisor and I know he’s been working for us. Exactly what that means, I don’t know.”

So I guess I should have sent that Tweet during the debate. Because I still don’t see what Dick said that was so bad. I mean, especially by Harpootlian standards.

But Steyer isn’t trying to convince me. He’s trying to sow enough doubt among Biden’s black support in South Carolina to damage him.

Which seems to me like a pretty cheesy move. I had been sort of neutral on Steyer before this. This knocks him a notch lower than that now in my book…

4 thoughts on “What did Harpootlian say that was so bad?”