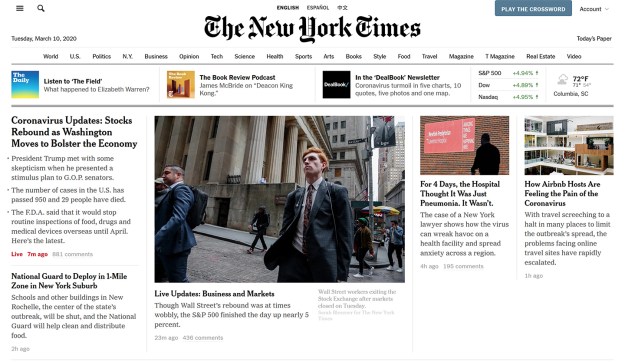 The “possible live updates” is because I might post some additional stuff about the primaries today, if I feel like it. I might not, though. It’s really an awesome feeling to be able to say that, after all those decades when the paper had to come out every day no matter what, or else… or else… well, I don’t know what else, because we always got the paper out.

Today is a relatively mild news day, one in which the NYT is answering the question “Is Your World Safe?” with a “Yes, relatively so.” You can tell this by the fact that the lede story — the “Coronavirus Updates” one, is just one column(well, one wide column, more like a column and a half), with a small-font headline. (I explained the theory behind all of this in my very first Virtual Front Page post, back in 2009. Before I started calling it that.) 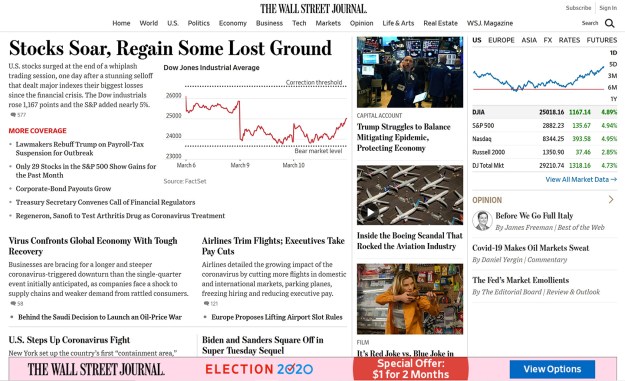