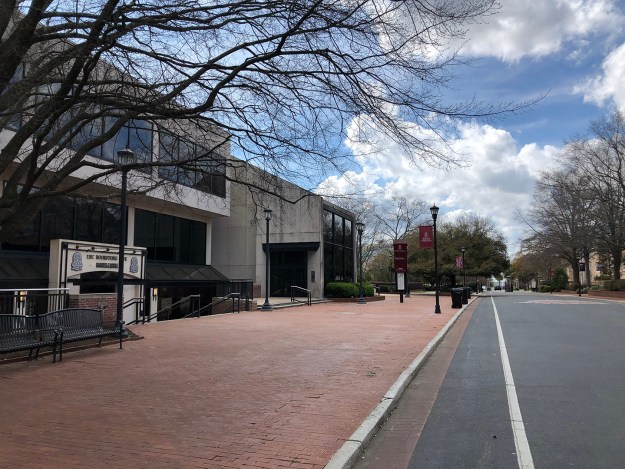 The pedestrian-only portion of Greene Street in front of the Russell House today — deserted.

The last two days, I’ve sort of had the USC campus to myself as I take my daily walk through it. Which is nice, and also normal. It’s spring break.

But the students won’t be around next week, either. Which is far from normal:

The University of South Carolina has extended its spring break an additional week as a result of the rapidly-spreading coronavirus. 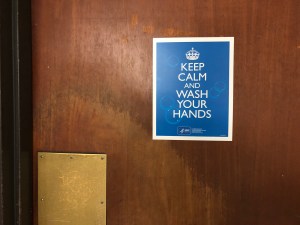 I stopped to use the men’s room in the Thomas Cooper Library. This was on the inside of the door.

Spring break will now run through March 22, and no classes will be held during that time, USC officials said on the university’s website.

“Classes and all campus events will be canceled for the week after spring break, March 16-22 as the university monitors the impact of COVID-19 in South Carolina and makes additional plans,” officials said.

Following that, all classes from March 23 to April 3 will be conducted virtually, the university said…

The thing is, how will we know the coast will be clear at that time? We don’t it seems to me.

Things are getting weird…. 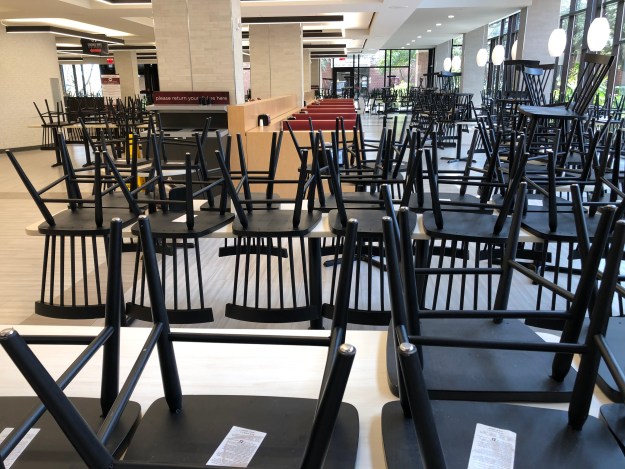 The empty food court in the Russell House.

28 thoughts on “Shutting down the university, until… when?”