Note: Of course, Bernie being Bernie, he did not do what every actual Democrat has done, which is end his campaign and get behind Biden. That is reflected in updates below. We did not yet know when I wrote this post what he would do with the free media he conned everyone into giving him this afternoon. Now we know…

You probably know that Bernie will be making a live appearance in a few minutes:

I’ll be delivering a campaign update live from Burlington at 1 p.m. ET. Tune in at https://t.co/vreIiWfeoS.

The timing and choice of venue would suggest a candidate who’s about to drop out. At least, that would be the case with a conventional political candidate. With Bernie, who knows? Well, we will in a few minutes.

Meanwhile, I wanted to point to the way his fans are reacting. There’s this congressional candidate, who I suppose is eager to join The Squad:

Bernie, remember, Biden May be your friend, but he’s not been a friend to the working class. #NotMeUs

Really? Have you met Joe Biden, or heard him talk? Are you familiar at all with the Democratic Party, of which he is a born standard-bearer? Or have you spoken to any of the actual working-class people who have been voting for him and not your guy, because they know Joe’s heart and they know he’s for them?

Don’t dropout. You should debate Biden and push him further left on various issues.

Yeah. Right. That’s exactly what we need. Because otherwise Biden might beat Trump in the fall, and we don’t want that, do we?

If Bernie does drop out, and commit to the Democratic ticket, he’s going to have to move heaven and earth to get these people to go along with him… 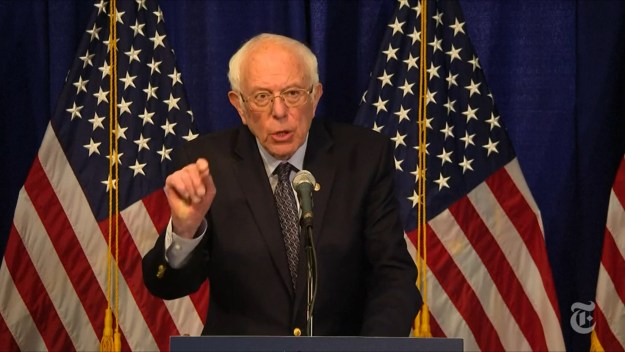 22 thoughts on “The Bernie Bros aren’t gonna let go of this thing, are they?”