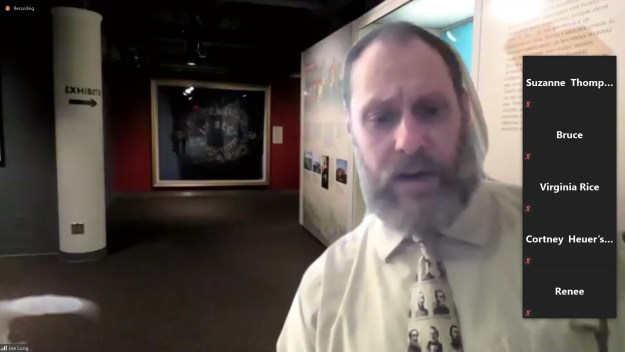 Y’all, I’m swamped today, but right now, Joe Long — curator of education at the South Carolina Confederate Relic Room and Military Museum — is giving a great lecture on some of the fascinating, unique, handmade flags in the museum’s collections.

The museum is closed because of the crisis, but Joe it doing these from home, three times a week.

Here’s the link to join:

And here’s a release we put out about the series:

Tune in to History at Home, with the Relic Room’s Joe Long

COLUMBIA, S.C. – The South Carolina Confederate Relic Room and Military Museum may be physically closed by the coronavirus, but that doesn’t mean our programming has to stop.

Starting Wednesday, April 1, Curator of Education Joe Long will be presenting some fascinating live programs that you can stream at home.

And while we all know Joe as a guy more at home in the 19th century, he assures us this is no April Fool’s joke. He’s been training himself on 21st century technology that will enable him to stream onto your screens at home in real time.

Each presentation will last half an hour, and will be a mix of live lecture, Powerpoint and images from our collections.

Go to the museum’s Facebook page, and there you will find a link and instructions on how to tune in. Don’t be late! Each program is limited to 100 participants.

Joe plans three live programs each week, and here are the first three:

The programs will be suitable for all ages – educational for the kids as well as their homebound parents.

Check it out, enjoy, and learn! 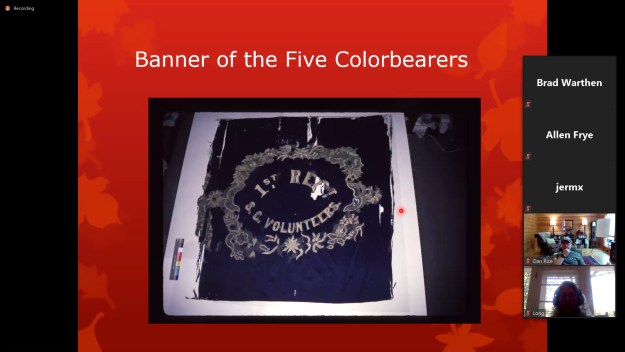