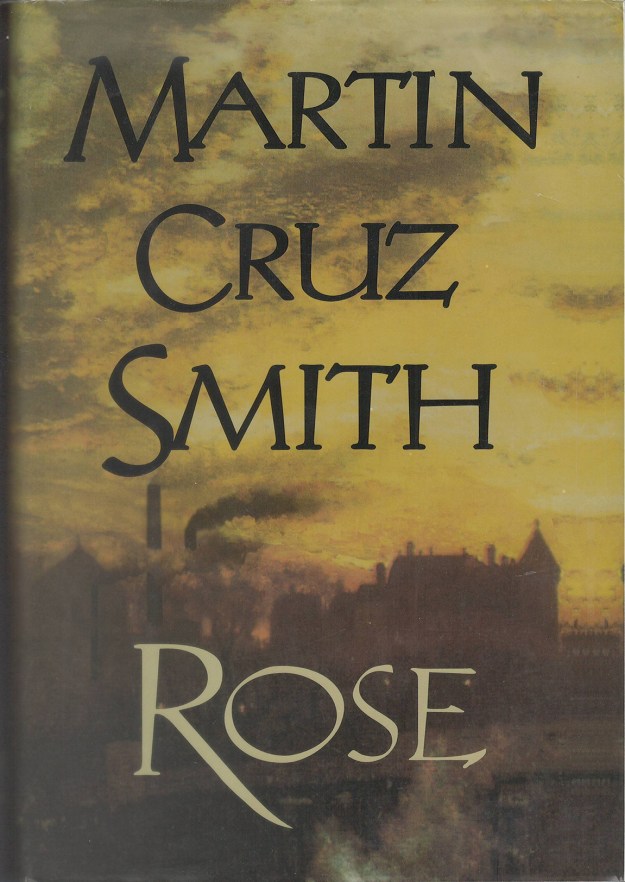 As I’ve mentioned, I’ve had this fatigue thing going on since my stroke. So maybe once a day — twice on a bad day — I’ve left the desk here in my home office to go lie back in the recliner in the same room and take a snooze. Which usually, but not always, refreshes me wonderfully and enables me to get back to work.

On one of these days, I looked across at the bookshelf several feet from the chair, and noticed a book I’d read several times, but not in quite a few years — Rose, by Martin Cruz Smith.

Ever read it? You should. If you don’t read another novel, read this. It’s not what Smith is best known for, but as much as I love his Arkady Renko novels — especially the first three — this may be my favorite.

And I’m rereading it now, and loving it.

I discovered how long it had been since I’d read it when I looked at the quote from a review on the back. See it below? When I saw it, it kind of blew me away: It’s from Patrick O’Brian, author of the Aubrey/Maturin novels, or the “Master and Commander” books, as some might call them. I had never noticed the review before. Why? Because apparently, it’s been so long since I’d read this book that the last time I saw it I had never heard of O’Brian — who now may be my favorite novelist. Y’all know how much I read and reread his novels.

I think I started reading about Jack Aubrey and Stephen Maturin more than 15 years ago. So it’s been awhile, Rose.

Of course O’Brian loved this book. Because in their own, very different and individualized ways, he and Smith were both masters of the same thing: They were capable, to an extent I’ve never seen anywhere else, to take their readers to an alien place and time and make them feel like they are really there.

That’s how Mike Fitts first told me I would enjoy O’Brian’s novels (something for which I will always be grateful). It’s a little hard to explain to the uninitiated why these books are so wonderful, but Mike got there by telling me that these books were about a Royal Navy captain during the Napoleonic Wars, and they recreated that world with such living, breathing detail that you feel like you’re really there.

This is absolutely true. And it’s also what Martin Cruz Smith is famous for. He earned this reputation with his breakthrough, landmark novel Gorky Park. It was stunning, and if you haven’t read it, go do so right now. It was a story about a Moscow murder detective, written in the middle of the Cold War, told from that man’s perspective, and it magically makes the reader think he is actually in that world. I was stunned, years later, when I read that Smith had never been to Russia before writing the book. (Did I dream that? I had trouble confirming it on the Web just now.) It seemed impossible.

That’s his famous one, but Smith has done it time and again, particularly with his other Arkady Renko books.

But with Rose, he takes the reader to a very different place and time from any Renko ever visited. Specifically, the dark and dirty coal-mining and manufacturing town of Wigan in Lancashire in 1872.

Here’s how Wikipedia summarizes the premise:

Jonathan Blair, a mining engineer, returns from Africa’s Gold Coast and, on finding his native England utterly depressing, falls into melancholy and alcoholism. Blair wishes desperately to return to Africa, so, in exchange, he agrees to investigate the disappearance of a local curate engaged to marry the daughter of Blair’s patron….

Which doesn’t even begin to tell you anything about Blair, or what he finds in Wigan. But I assure you, you feel that you are really in the place and time among people who are of the place time. And these people are worth getting to know.

I won’t say anything more, except to note that when O’Brian mentions “the last, most satisfying page,” he knows what he’s on about. I can’t wait to get back to it myself. And I know that in the days I get to it, I’ll go back and read that page several more time, to experience the satisfaction. 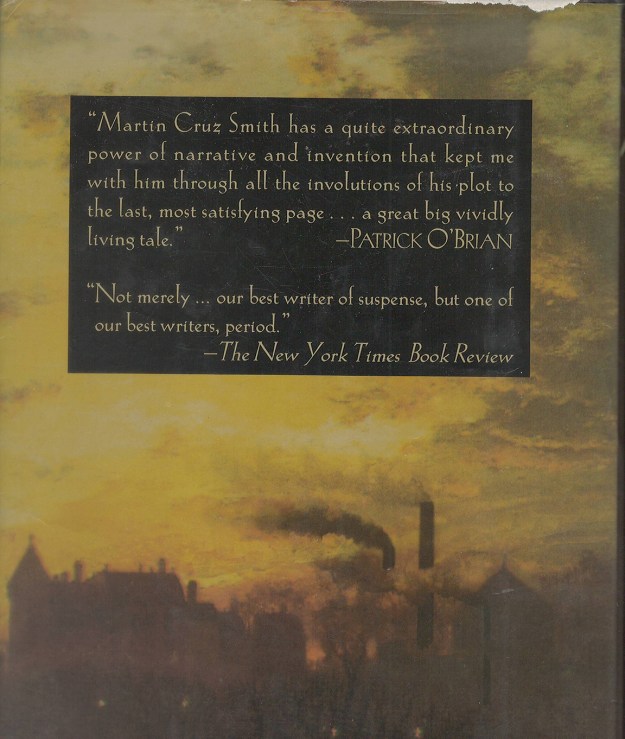 5 thoughts on “I’m really enjoying rereading this — and no wonder, I now see”