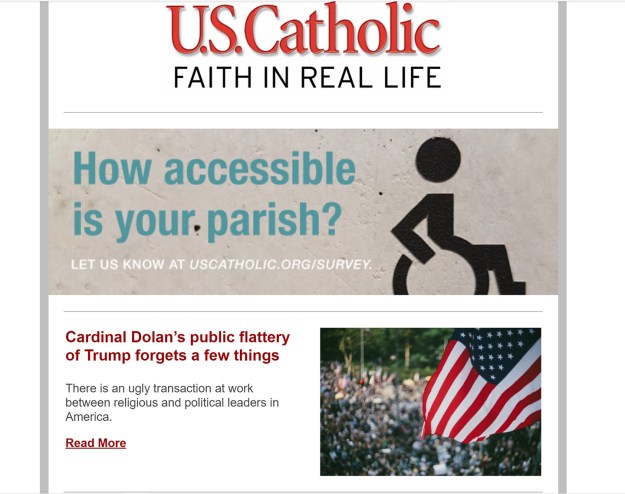 We live in a time when major institutions are failing us left and right. And as you know, with my communitarian leanings, that concerns me greatly.

But at the moment, I’m concerned about the Roman Catholic Church in America. I don’t write about that all that much for a couple of reasons. First, I don’t want to be misunderstood, and so much that I might comment on is apparently very difficult for nonCatholics to fully understand, for a lot of reasons. (And no, I’m not saying nonCatholics are dumb. I’m saying the way these things get framed by nonCatholic media make conversations difficult and often counterproductive.) So my concerns could be seen as meaning something they do not.

Secondly, I just don’t feel educated enough myself to comment coherently and intelligently. I just don’t know enough about the clash of ideas in and around the Church. I lack the expertise — or at least, the confidence — of, say, a Ross Douthat. I think I disagree with Douthat about a lot of things, but I don’t feel equal to contesting him. (His columns about Church matters start in a place where people who have read a lot of books I haven’t read dwell, and take off into real esoterica from that point.)

I think I agree far more often with my friend Steven Millies. I know Steven from having served with him for years on the committee that has run the Cardinal Joseph Bernardin lectureship at USC. We got to be friends, serving on some panels together, and usually sat together during the dinners the committee had on lecture nights, so we could catch up. Steven is an academic, and is now the director of the Bernardin Center at Catholic Theological Union in Chicago.

Anyway, awhile back Steven started writing regularly for U.S. Catholic. I signed up for the magazine’s regular email alerts, which caused me to read some of their content, although I was mostly looking for stuff by Steven. I never really formed a full impression of the journal itself, and I only learned in the last couple of days that it was published by the Claretians — something that means little to me, but might mean a good deal to Douthat and Steven.

This past week, Steven wrote a piece that National Catholic Reporter has since characterized as “critical of New York Cardinal Timothy Dolan’s flattering comments about President Donald Trump.” I didn’t know about Dolan’s comments, so when I saw the link to the piece in an email from U.S. Catholic, and then saw it was by Steven, I read the column with particular interest.

I noticed that the magazine was also promoting a piece by another writer addressing the same comments by Dolan (and others), headlined, “President Trump cannot have the Catholic endorsement,” followed by the blurb, “Politics is the duty of the laity—not the clergy.” I didn’t read that, I now regret — just Steven’s piece, headlined “Cardinal Dolan’s public flattery of Trump forgets a few things.” An excerpt:

I wonder whether the U.S. Catholic bishops have crossed a sort of Rubicon recently.

When their Roman predecessor, the general Julius Caesar, brought his army illegally over the Rubicon River, he set in motion the events that ended the Republic and saw him presented with a crown. “The die is cast,” he is reputed to have said as he marched his army toward Rome: there was no going back. What he had done could not be undone and it would change the shape of history.

I do not think that New York Cardinal Timothy Dolan is in any danger of being crowned emperor (or, anything else). But I do believe that his public flattery of President Donald Trump from the pulpit of St. Patrick’s Cathedral and on Fox News may prove to be a moment from which American Catholicism cannot turn back….

When I finished, I wrote to Steven to compliment the piece, but also (I confess as an unreconstructed editor) to quibble about something he said in passing about Caesar — something irrelevant to his point. But mostly, I wrote to praise him. As I told him at the time:

I had not heard about what Dolan did until I read this. It is highly disturbing. It really should not be this easy to buy the political influence of our church. Of course, Democrats have done all they can to help this happen. It’s a failure of all sorts of institutions. But of them all, I care about the failure in the Church most…

Steven acknowledged the minor Caesar problem. I looked later (in part checking to see how he had changed it), and… the piece was gone. I clicked on my original link, and all I got was what you see in the image below.

I checked with Steven, and that’s when I learned that his piece had been, as National Catholic Reporter would later say, “unpublished.” So had the other piece by political scientist Stephen Schneck.

At first, Steven asked me to hold off on writing about it, hoping that U.S. Catholic would simply change its mind. That didn’t happen, and when the story broke in National Catholic Reporter, he told me “the lid is off.” An excerpt from NCR:

Users who click the separate links to the articles, originally published around April 29 and April 30, are now greeted with a note that reads “You are not authorized to access this page.”…

Now, I should say this before someone else does: I’ve looked at what Dolan said publicly, and on its own, I don’t find it that shocking. What he said during Mass, with the president watching, was mostly relatively neutral. If you want to give the cardinal a break, you might say it was the usual thing you might offer an elected leader: Hey, we are encouraged to pray for our leaders, and we do, and that includes you, and we thank you for being with us.

You know, the kind of thing a smart religious leader might say when he’d like to see some stimulus money go to Catholic schools.

But it’s more cringe-inducing to see him schmoozing with “Fox and Friends” about his awesome interactions with the president, and to hear him tell them, “I’m in admiration of his leadership.”

It’s bad enough that Trump got as many Catholic votes as he did in 2016. The last thing we need is to see a cardinal even imply that Trump being elected was a good thing. We should expect more from our faith leaders than craftiness with regard to school funding. We have a right to expect something higher than Trumpian transactionalism.

Perhaps it’s too much to hope that our leaders will point to the obvious: That nominating certain judges does not make you pro-life — at least, not according to any definition that native Columbian Cardinal Bernardin would have recognized.

Dolan forgot other things, too. He forgot children separated from their parents at our border, being kept in cages and sleeping on cold, concrete floors. He forgot the physical and sexual abuse that many of those children have suffered because of the Administration’s disinterest in policing the foster care system they made necessary. He forgot the racist and xenophobic language that Trump deploys routinely to do the other thing that Dolan forgot: Trump’s main preoccupation is not to build up the political community toward the common good, but to divide us so he can conquer.

What’s regrettable is that those of us who attended the same Catholic schools that Dolan may have been trying to save do remember those things. And, we see why it is problematic for a Catholic bishop to forget them. Being formed in our faith, we see the ugly transaction at work here….

Yes, we do. And we have every reason to be disturbed when someone in a lofty position in our church admires that sort of leadership.

And it’s further disturbing to see anyone who points that out silenced — especially in a way that gives us no reasoning. If I had done something like that as editorial page editor, you’d have seen a public airing of all the issues involved. It would have been the subject of, at least, a column in the paper, and plenty of public discussion on my blog.

To see those pieces “disappeared” without explanation is very unsettling.

The good news is that NCR has not only reported on this, but published the two pieces. So everyone can read them and decide what they think about them. Here’s Steven’s, and here is the piece by Schneck.

That much I’m glad to see. 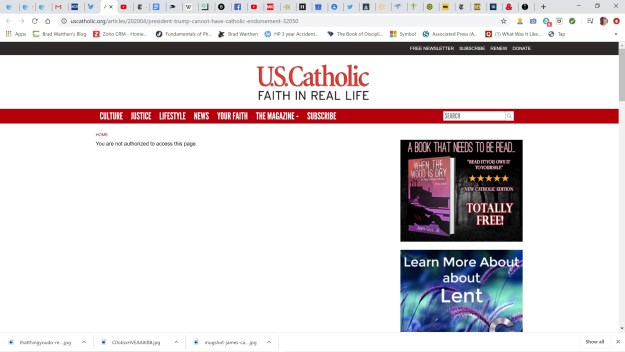