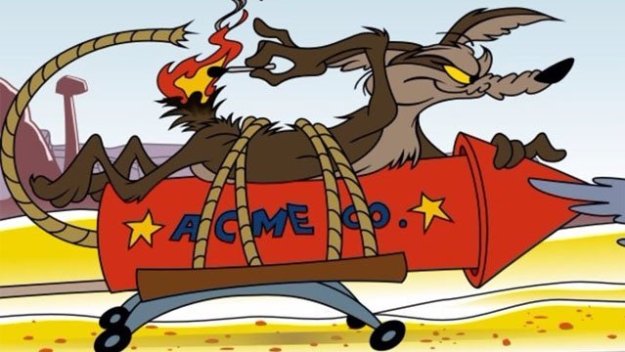 I had no trouble remembering “Acme,” although I initially thought of “Ajax.” Don’t know why…

I’m embarrassed to confess this weakness. After all, words are my thing. Something I’m good at. I’m not much of a basketball player or a musician, and for that matter there are plenty of wordsmiths who put me in the shade, who utterly dazzle. And not just Shakespeare or Twain, although I find it hard to believe they were merely human.

But years and decades and more of everyday use have shown I’m better at words than, I don’t know, 90-plus percent of the population. However badly this blog post is written, I know that is generally the case. It’s been tested too many times.

It’s not much, but it’s something. And it bothers me to be losing it to any degree. So I hesitate to share the fact, but I’ve got this journalistic urge to document this thing frankly, so…

Anyway, it’s a thing I hate to see slip away at all. I’ve noticed my writing isn’t all that great since the stroke, especially on “fatigue” days (hence my self-conscious apology above for this post), but that’s a subtle, subjective thing that comes and goes. Not too worried about it, yet.

Not being able to think of a particular word is more definite. Feels more like a landmark — look what you’ve come to, dummy.

Usually, it’s not so bad. For instance, a couple of weeks ago, I was talking with someone at ADCO about a press release I was putting together, and I couldn’t think of the word the folks at ADCO use for that blurb at the end telling about the company. I don’t know if you’re familiar with the structure of press releases, but at the end you’ll have a line that says, “About Acme Corporation,” and it will be followed by a paragraph of basic stuff you’d want the recipient to know about the company but didn’t mention in the main body of the release. (Like, “Acme is a worldwide leader in producing a stunningly diverse assortment of products that are not normally associated with killing or capturing roadrunners, but can be used for that purpose.”)

I thought of it as a “footer,” which is more of a newspaper word, one applied to those italic things at the end of a story that say things like, Staff writers Joe Blow and Susie Q also contributed to this report.

I confessed my problem, using the word “footer” to explain, and after a second Lora said, “boilerplate?”

YES! Boilerplate. Why was that hard?

Anyway, I’ve had a number of “boilerplate” moments lately. And I think they’re because of the stroke, but I don’t know that.

And occasionally, they’re way simpler, far less esoteric. For instance… there was this theme music to a movie that I had heard a couple of times recently, and something on the radio reminded me of it — something extremely repetitive, I suppose — and I wanted to mention to my wife that it had recently occurred to me that this song was the MOST mindlessly repetitive in human history.

And for a second I couldn’t think of the name of the song, which didn’t bother me. What got me was that I couldn’t think of the name of the movie. And this was bad not just because it’s an EXTREMELY popular movie that is currently back in the news, or because I’m kind of a movie buff. It’s because I knew the words were extremely simple. I knew exactly what they referred to, since they combine to form the nickname of a real-life institution that looms large in naval culture — at least, in a certain part of the Navy. (Not the part I grew up in, thank goodness — more Bob Amundson’s part.) I could remember scenes in which the name was used in dialogue in the movie, and how important it was to those scenes. I could see the captain telling the two heroes that he was sending them there, even though he didn’t want to…

Yes, I was trying to think of “Top Gun” (and that maddening song, “Danger Zone.” Really. Go read the lyrics, all the way through. Listen to the last half of it.). It came to me within, I suppose, a minute. But it was an excessively long minute.

A minute, however, is better than several days.

Twice this morning, I tried to think of a word that I’ve been trying to retrieve for, I don’t know, two or three days. I didn’t especially need it. It wasn’t important to anything I wanted to say. But it really bugged me that I couldn’t think of it.

At one point today, I was responding to a comment in which someone described his post-stroke symptoms, and it motivated me to mention how fortunate I was that most of mine had gone away. I no longer have a problem looking down. Of course, I still have this fatigue thing. And there’s the forgetting-words thing. And then I tried to trick myself by just going ahead and typing the word I’d been having trouble with… and it didn’t work. I had to admit, “Like… dang. There’s a word I haven’t been able to think of for days, and I thought if I just snuck up on it, it would come. It didn’t…”

At that point, I went out to my wife who was reading on the deck. I told her I couldn’t remember this word. It wasn’t something common like “top gun,” but it was common enough in political speech that I should have no trouble with it. Or at least it had been, within our lifetimes.

I said it was a word feminists had popularized in the ’70s — a time when we were both in college, and then I was starting my career as a journalist, and this word was huge back then. It had been colored by that use to the point that people started using it only in that sense, rather than in a broader way.

The word referred to being too loyal, or attached to, some group to which one belonged. To one’s country, or something else with which one identifies. It was about thinking too highly of that identity, and having a tendency to look down upon people who didn’t share it.

I said it had come to be sort of synonymous with “sexist” because of the way it was used in that period. People might use it this way: They might say, “(blank) pig” instead of “sexist pig.”

I also said, erroneously, that I thought it was very close to some other, far more common, word, only being different by a letter or two. (There were two other things I was thinking but didn’t share with her. I thought it was from French, which was more or less correct. I was also thinking it started with a J, which was wrong. I kept straining to see the word, and I was seeing something that looked kind of like “jeune.” I don’t speak French, but I knew that meant “young.” I also knew it wasn’t the word, but I erroneously thought it was close. Maybe I was reaching for “jejune,” but I don’t know why because I’ve never used that one.)

My wife couldn’t think of it, either. I went back in, still trying to come up with it. I had thought about Googling for it, but I knew that would be tricky. Finally, I Googled “word that people use to mean sexist.” The first link I got was a page that offered offered 25 synonyms including “bigoted,” “discriminatory,” “dogmatic” (dogmatic? really?), “intolerant” “intransigent,” “one-sided,” “opinionated,” “racist,” “xenophobic”…

Completely useless. I’ve always wondered why some people find a thesaurus helpful. I never have. But then, I usually use fairly common words, and I think of them myself (I’ve always sort of thought that if I couldn’t, they were too obscure to use)…

I scrolled down on the page, though, and saw a separate list of words associated with “bigot,” and there the stupid word was: chauvinist.

YES! No J, but definitely French! And definitely the word I’d been looking for.

I went and told my wife. She objected that it wasn’t used to mean “sexist,” and that the common usage she remembered was quite correct: Back in the ’70s, a lot of people said “male chauvinist.”

Yes, I agreed, that was correct, because it explained the type of chauvinism being described. But I’m sure that during that period, chauvinism got to be so tied up with the male variety in a lot of people’s heads that it became common to use it for “sexist.” And when I tried to proved it by Googling “chauvinist pig” and telling it to leave out “male,” I got 284,000 responses. Millions would be better, but I think it backs up my memory.

Which is good. Because a memory that can’t remember “chauvinist” is a memory worth worrying about, if you value words.

12 thoughts on “The word I couldn’t remember for days”