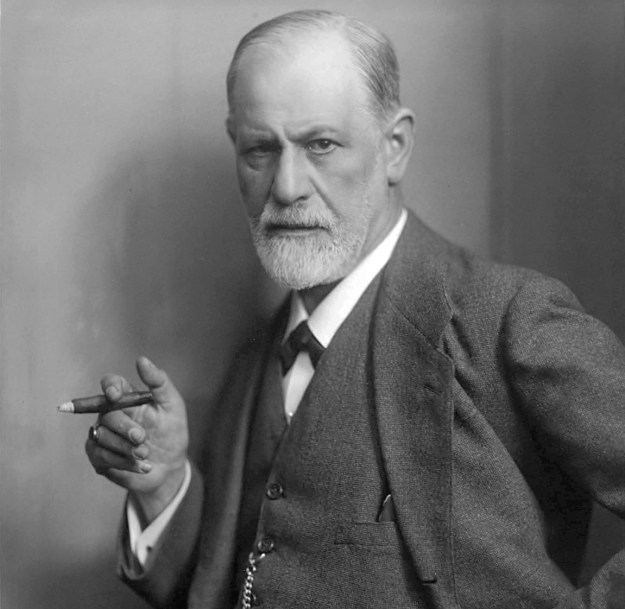 This is dream expert Sigmund Freud, whom you may recall from “Bill & Ted’s Excellent Adventure.”

I ask because someone told me that a lot of people were having these during the pandemic. Apparently, this is a thing. Although the explanations I’ve seen don’t really work for me. I know a lot of people have been stressed by quarantining and all, but as I’ve said, I haven’t.

I was told about this when I mentioned some super-weird ones I had back after my stroke. They weren’t so much stress dreams as obsessive dreams. I found myself in different universes in which it was necessary that certain things be done a certain, specific way or else, I don’t know — the universe in question would stop operating properly.

I figured I was having them due to a change in medication. I described one or two of them to one of my kids, and was told lots of people were having stressful dreams that were being chalked up to the coronavirus.

I’m not going to describe any of them to you because they’re so weird, just explaining one would be too much trouble.

I’m just asking whether y’all are having any. If so and you want to share, and what you share is interesting, maybe I’ll try to share one, too.

If I can remember. I’ve actually sort of stopped having the unique obsessive ones — the ones that were a new experience. Lately I have had a stressful dream or two, but of the ordinary sort — the kind that are closely related to the common “it’s the last day of the semester and you’ve supposed to take an exam but you’ve never been to the class and are afraid to ask where it is” dream that everyone who’s been to college has. (For me, those particular dreams are not really symbolic, but sort of based on literal experience.)

14 thoughts on “Anybody having intense stress dreams lately?”