My computer just made me watch this ad while I was waiting for something.

And all I could think was, “Wow, cable is really getting desperate.”

Streaming is so complicated, it’s… evil?

OK, so, if you’re very technology-averse, I suppose it’s a little complicated. But the complexity is wonderful. With cable, you watch what is “on” now. And in my experience, there is pretty much never anything “on” at a given moment that I have any interest in seeing. I don’t mind a bit of clicking around through various services to find something that interests me. I find myself watching more TV than I did in cable days. Which is not necessarily good, but I do it because the new way is much more appealing. It has a lot more to offer.

And claiming that it’s too expensive? Really? Have you actually checked out the pricing? I’ve got Netflix, Prime, Britbox and Disney+, and the monthly total is, what — about a fourth of what most people pay for cable? Maybe I’m doing the math wrong, but I don’t think so. Of course, at the moment I’m getting the Disney free because of… I don’t know… something to do with my Verizon account.

Not that there’s not the potential for things to get too messy, or too expensive. Once, there was just Netflix, and it seemed they had everything — or at least, more than I had time to watch. But now we’re moving toward every content producer pulling out their stuff and making you sign up for yet another service. And that’s not good. 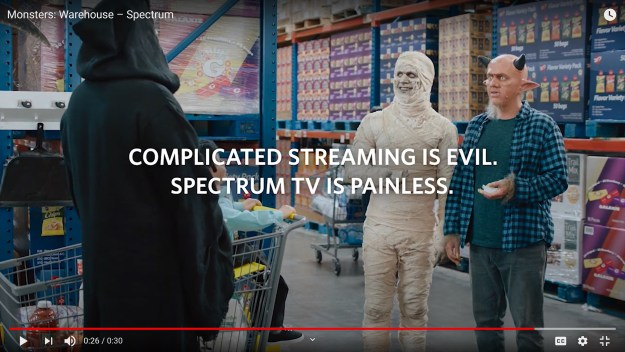 One thought on “That seems a little desperate there, cable people…”