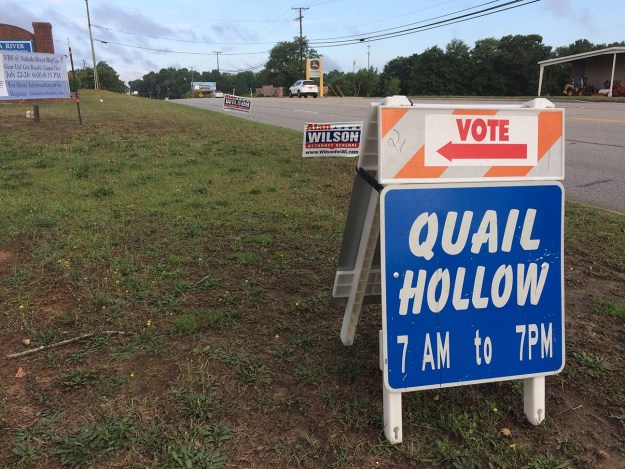 I’m voting in the Republican primary on Tuesday. The choice of which primary, of course, was easy. Where I live, there is no Democratic primary this year. Not one contested race.

Not that the choices offered on the GOP ballot are anything to write home about. There are some candidates running against Lindsey Graham and Joe Wilson, but what do you think their chances are? I am going to look more closely into one of the candidates running challenging Graham, after Scout said supportive things about him the other day. But bottom line, on these two positions we DO have good alternatives for once in the fall, so I’m going to be voting for Jaime Harrison and Adair Ford Boroughs. Jaime is an excellent candidate and I’m really pleased to have the privilege of supporting him, and while I don’t know Ms. Boroughs as well, I can tell she’d be better than Joe. Way better.

Lexington County Sheriff Jay Koon has opposition, but I know next to nothing about that. There’s the problem that the sheriff of the county I live in just doesn’t make news the way my twin over in Richland County does. He keeps a much lower profile than, say, Jimmy Metts did. So I need to try to get schooled up a bit by Tuesday. If I don’t learn enough to make an informed choice, I’ll skip that race.

But there’s one thing to vote on that I wouldn’t miss, that I would beat down doors to have the chance to have my say on: I’m going to vote against the Republican Party’s effort to take away my right to vote.

Oh, the wording seems innocuous enough, to anyone completely clueless about what’s going on: “Do you support giving voters the right to register to vote with the political party of their choice?”

Golly, who could be against that, right? Shouldn’t we have the right to back any party we want? Well, yeah — and it’s a right we already have, and one that is not even slightly endangered. There is no rule against backing a party, and no such rule is threatened.

What’s threatened here is the rights of those of us who don’t want to support a party, any party. If you know what’s going on, you read the question differently. I read it this way: “Do you support banning people like you from being able to vote?” Anyone who wishes to make his or her own decisions in future elections — rather than surrendering that power to a party — will read it that way.

Of course, what I mean is, vote in primaries. Which, the way Republicans have rigged things through the process of gerrymandering (as Democrats would have done if they’d had the chance, but they don’t, and haven’t had since the science of politicians choosing their voters got really sophisticated), are increasingly the only time we get a choice in who our legislators are.

That’s generally the case in congressional races, too — although as I said, this year is unusual in that Joe Wilson has a pretty good Democratic opponent in November. Of course, he and predecessor Floyd Spence have occasionally had other good opponents over the years (Jim Leventis in 1988, Jane Frederick in 2000) — but the district remains drawn for Republicans, so he still enjoys a great advantage in November.

As Cindi Scoppe explained in an enewsletter (let me know if you have trouble getting that link) the other day:

With obvious exceptions, primaries are probably more important than the general election. That’s because so many contests in South Carolina are decided in the primaries — a result of the GOP domination statewide along with the gerrymandering of congressional, legislative, county council and in too many places even school board district lines. (The gerrymandering sometimes benefits Republicans, sometimes Democrats and never, ever voters.)

But extremists in both parties want to make primaries private affairs, to make sure the nominated candidates are as extreme as possible. Used to be, party leaders opposed these efforts, and most elected officials still do, realizing that the way you win elections in November is by getting people bought into the candidates through the primaries. But the state Republican Party leadership was taken over a few years ago by people who want to stop the rest of us from voting in these most crucial elections unless we swear an oath of allegiance to their party, and again this year they’ve put a deceptively worded question on the GOP primary ballot aimed at locking us out….

Cindi was being rather mild there with that “deceptively worded question.” As the paper Cindi works for now put it in an editorial, it is “a grossly misleading question.” As that editorial continued:

The ballot question is designed by party officials who want to force all of us to register our allegiance to a political party — or else be barred from participating in primaries. The results have no force of law, but if a majority of Republican primary voters say “yes,” those party leaders will use it as ammunition to demand that the Republicans who control the Legislature change long-standing state policy to close the ballot to all but the most partisan among us.

That might not be such a huge problem if we had competitive elections in November, but we rarely do….

Oh, as for the business of this not being binding: Of course it isn’t. If it were an actual referendum, it would have to be worded differently to achieve its aim. But this not a legal device, it’s a political one, meant to achieve a political purpose. In this case, the purpose is to enable the party to say to its members in the General Assembly: How can you vote against our bill to close primaries? Didn’t you see how people asserted their right to partisan identity in the primary? Aren’t you, like them, proud to be a Republican?

The S.C. GOP has a long and shameful history of using this ham-handed device to bludgeon its own members into doing stupid and even terrible things. In case you’re forgotten, Cindi wrote a column a few days back to remind you how Henry McMaster, as party chairman, and other GOP leaders used their 1994 primary to wrap themselves in the Confederate flag for a generation. If you don’t remember that the way I do — as one of the most shameful things I’ve seen in SC politics in a long career — you should probably go read that piece, and be reminded. 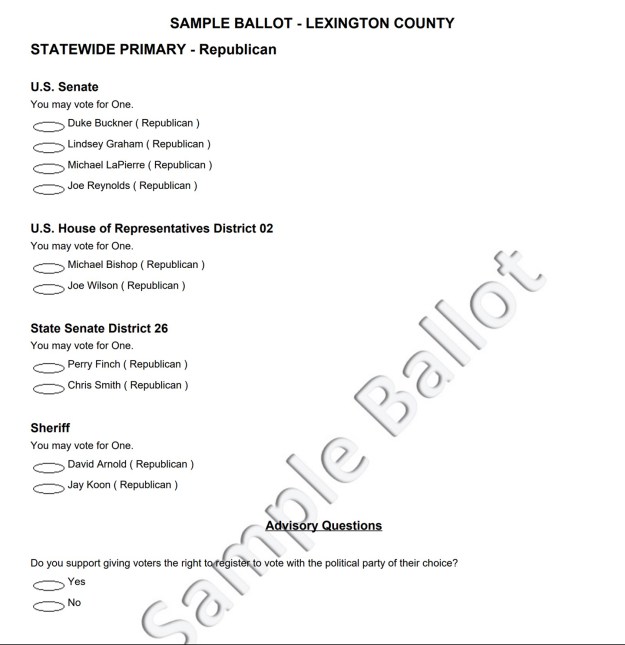 26 thoughts on “Vote against S.C. GOP effort to disenfranchise you”