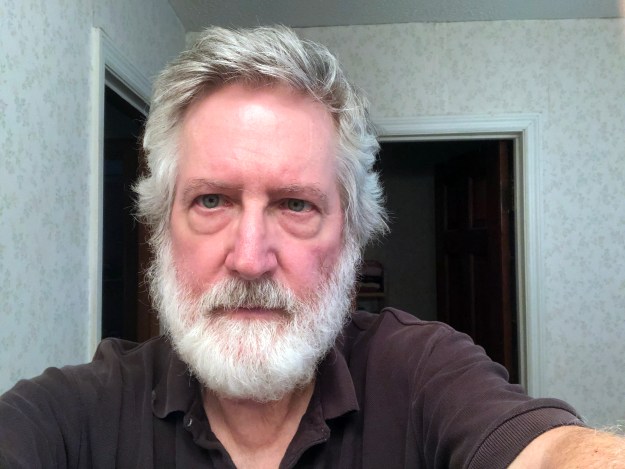 Over the past month, my hair was pretty much out of control. For months before the pandemic, I’d been getting it cut really short — too short to comb — so as it grew out, it grew out kind of weird. 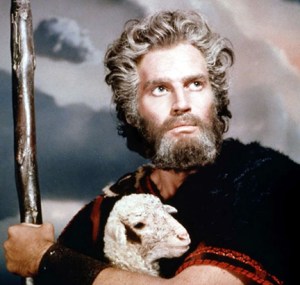 Finally, I recognized it.

But it started looking sort of familiar. Finally, I recognized it: Charlton Heston as Moses in “The Ten Commandments!” Too bad people don’t make biblical epics in the 1950s style any more. If they did, it could have been my ticket to stardom, with Heston no longer around.

Anyway, a few days ago, I heard some encouraging news: A friend told me her husband had taken their son to another outlet of the same barber shop chain I go to, and had been impressed by the COVID security — everybody in masks, people not entering the shop until it was their turn, dividers between the chairs.

For the past year, I had been taking my Dad to get haircuts at that chain. It worked for us because we could just go when it was convenient for both of us — no appointment. You sign in on an app before you leave the house, and by the time you get there it’s your turn.

And I had come up with a system that meant it didn’t matter which barber I got — use a No. 4 clipper guard on the sides, and a No. 7 on the top. My haircuts would only take a few minutes, it took almost zero time to wash it in the shower, and I never had to comb it — I just let it lie down kind of like a classical Roman cut. It was veni, vidi, vici — I had the grooming thing beat. Et tu, Brad.

So this week, I decided to give it a try — alone. If I was impressed with the procedures, I could take my Dad another time.

Here’s how it went:

Maybe I was overthinking it.

Anyway, I got home and figured my mission was accomplished when my wife laughed at me and said, “Your beard is bigger than your head now!”

But I don’t think I’m going to go back for another cut soon. I may not wait another four months, but I can wait a while… 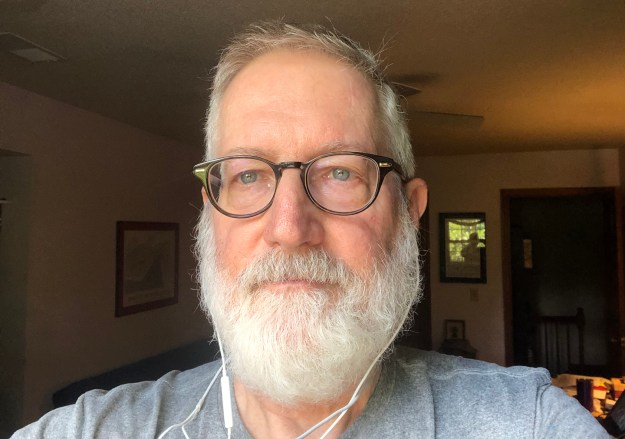 14 thoughts on “Well, I went and got a haircut. Here’s what happened…”