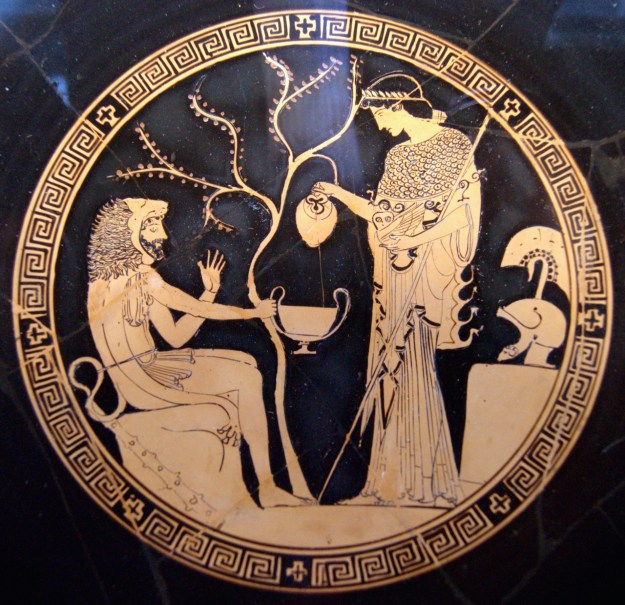 Anyone else getting tired of news out of Portland? I am. I’m also concerned about it, frankly. I think this might be the place where Trump hopes to provoke a confrontation that could help him in promoting division ahead of the election (and hoping this time it works out better than the Lafayette Square fiasco). He keeps sending in federal officers girded for war, and more protesters keep gathering to confront them, and it’s hard to say what’s going to happen.

What better place to awaken paranoia about the left — in Portlandia, in the land of the 9th Circuit, a place that his base doesn’t consider to be “real America?”

So I worry. I don’t want to see Trump get his way by having a greater conflagration develop.

But it’s interesting to see the tactics the protesters adopt. Like the Moms. And, of course, like “Naked Athena,” who seems to have upstaged the Moms with the oldest trick in the book for grabbing attention. Men’s attention, anyway.

Here’s the thing, though: All the news stories I see about her keep referring to Athena as the “goddess of war.”

Well, OK, she wore a helmet and all, and war is listed among the concepts with which she is associated. But I always though of her as primarily representing wisdom. I mean, I thought that was the point of the way she came into being, springing fully-formed from Zeus’s brow. It suggested she was a cerebral being. It associated her more with the intellectual than the physical.

Which, I’ll admit, is not what “Naked Athena” was doing, so maybe that’s why those reporting looked for another way to describe her.

But I’m not wrong about Athena, or about her Roman wannabe, Minerva. Wikipedia plainly states that she was the “goddess associated with wisdom, handicraft, and warfare.” I had forgotten the handicraft part, but in any case it’s wisdom first, warfare last. Perhaps because the Greeks had Ares and were therefore covered on the belligerence front.

That’s one of many nice things about the Interwebs — I don’t have to remember back to my two years of Latin in high school. I can look it up. So can — ahem — others who write about the ancients.

Anyway, I wonder a bit at this insistence on the war thing. Is seizing upon that third attribute a feminist thing, insisting that women are warriors, too? Or… and this is the thing that worries me… is it more akin to Elizabeth Warren rattling on all the time about “fighting?” In other words, is it about buying into the attitude that the confrontations in Portland (of all places) — or engaging in politics in general — constitute “war?”

I hope not, because that means siding with the guy who’s sending in forces dressed and equipped for war.

Anyway, that’s the kind of stuff I thought about when I read about “Naked Athena.” I probably would have had other thoughts had there been pictures, but fortunately, there were not…

5 thoughts on “I thought Athena was the goddess of wisdom”