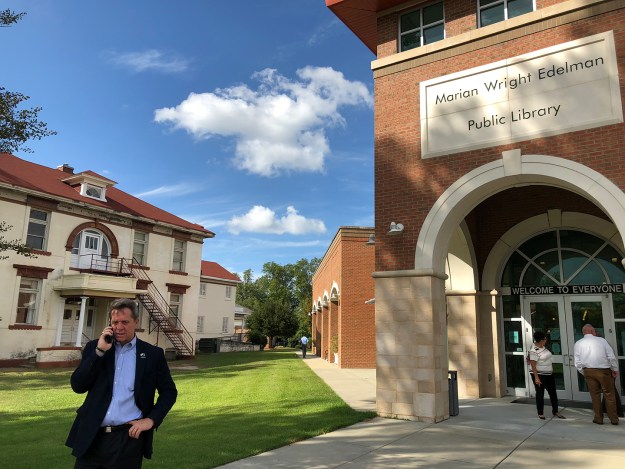 This may be my thinnest excuse for a picture ever: This post mentions Marian Wright Edelman, and this is the library named for her in Bennettsville. I took it during the campaign. It works, don’t you think?