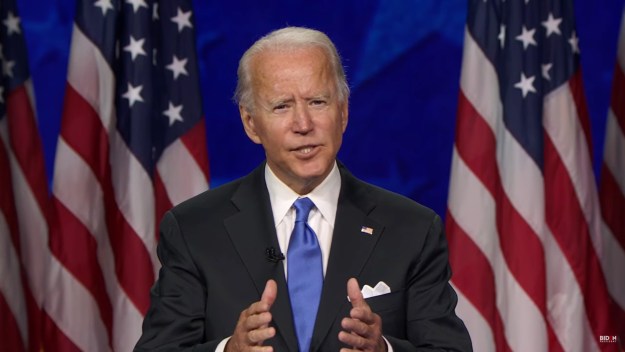 “The choice could not be more clear…”

I was really puzzled at first by the Kathleen Parker column The State ran this morning, panning the Democratic Convention. She seemed to get it all wrong. She griped about how “the only thing I dislike more than a circus ringmaster running my country is manipulative, emotion-mining propaganda,” and said she could barely watch it.

Which is how I feel about MOST conventions, regardless of party; I have to turn them off or walk out of the room periodically to keep my head from exploding — all that throwing of red meat to snarling partisan mobs.

But as I said on the second night, this convention wasn’t like that — which I finally decided was because the mobs weren’t there! They weren’t feeding off each other in ways calculated to turn off anyone who isn’t one of them. As I said that night, “The thing I hate about conventions is missing!”

Then I saw that this was Kathleen’s impression of the first night — this is what you sometimes get these days from print outlets that go to bed in the early evening. What you read is often days past the sell-by date. (The rather belated post I put up about the second night ran two days ago.) I didn’t watch that first night, so I guess I can’t argue with the column.

Anyway… now that it’s over, I can say this was the best convention I’ve seen in many cycles, maybe the best since the days when the gatherings actually had a purpose, and did work and made decisions.

It had a big finish, with Joe doing a great job in his acceptance speech. I loved it from the start:

“I will draw on the best of us, not the worst.” Amen. It’s all we ask, Joe. You’ll give more than that, I know. But that alone would be enough…

And I loved it at the end:

For Joe, that’s what it’s all about, and has been from the start: saving the soul of the country. He’s right. It’s why he’s got to win this. It’s why we’ve got to see that he does…

But there was so much more. Like that amazingly brave kid talking about his and Joe’s stutters. This did so much, including shaming the idiots who try to attribute Joe’s occasional flubs to cognitive weakness. I honor that kid. The boy’s story of his interaction with Joe also caused one pundit to say something like (I can’t find the link right now; I read so much this morning), can you imagine Donald Trump making the effort to help a child? (See this update.)

Before that, there was the neat thing with all those former contenders simply talking about what a great guy Joe is. That was really nice. And what they said came across as more sincere, and certainly more relaxed, than the things they had said on the stump. I say that not to denigrate their candidacies, but to emphasize how real they seemed in talking about how and why people love Joe.

That got taken down a notch by Michael Bloomberg’s solo shtick. He didn’t say anything wrong; he’s just so awkward as a speaker.

The previous night had been a little flat, except for Barack Obama’s masterful speech. No, I wasn’t impressed by Kamala’s. Nothing wrong with it; there was just nothing great about it, either. Hillary Clinton was forgettable (which may be a good thing). But Obama lit up that dull night.

The ending, though, was great. There’s no way any rational, fair-minded person in America saw and heard the convention and came away from it wanting to do anything but get out and vote, immediately, for Joe Biden.

It’s a shame we have to wait so long. And endure such wretched stuff between now and then. I expect to be nauseated by this time next week.

Anyway, here’s Joe’s speech if you missed it:

18 thoughts on “Good job, Joe! Now, let’s get on with saving the country”