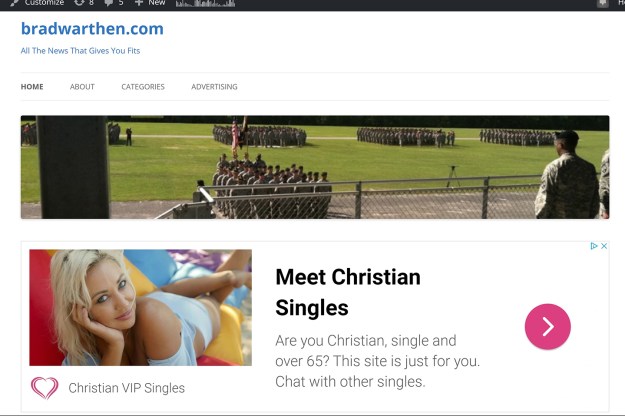 I’m reacting here to one of the ads Google Adsense placed on my blog. While I saw it, I’m hoping none of you did. But whether you did or not, I can’t help saying something about it.

See the screengrab above.

What on Earth does what you are trying to sell me have to do with being “Christian?”

This must be some special sense of “Christian” that I’ve never encountered in church. Maybe it’s aimed at the sort of “Christian” I keep hearing about  who would vote for Donald Trump after hearing him brag about getting away with grabbing women by the p___y.

Read the copy. You see the part asking whether you’re “over 65?” And did you see the girl in the picture? It’s hard to tell with all that makeup on, but I strongly suspect she’s closer in age to my grandchildren than to my children. Much less to me.

Yeah, a man over 65 can be attracted — physically, anyway — to such a girl, but what does that have to do with being “Christian?”

I don’t know about you, but I find myself living in a particularly insane world these days…

5 thoughts on “What on Earth does this have to do with being ‘Christian?’”