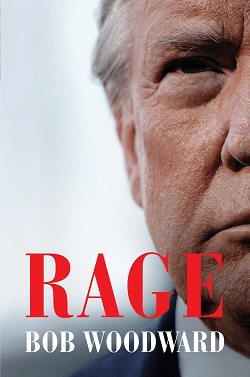 Hey, if you thought the Five Points picture fully illustrated how messed up our world is, check out this tweet, which was brought to my attention by Chad Connelly:

Trump announces 20 new candidates for SCOTUS. Asks the press if anyone has any questions on the judges. Asks again. No takers. First question is about Woodward’s book.

The press are an activist joke

I think he was serious. I think maybe this guy actually thinks a “fantasy baseball” list of candidates for nonexistent SCOTUS vacancies is more interesting and newsworthy than the bizarre things POTUS said on the record about REAL policy actions in a series of 18 extraordinary interviews with one of the two journalists most credited with bringing down Richard Nixon.

Really. I think he means it.

I mean… why didn’t Trump release a list of candidates for openings on the Court a century from now? He won’t get to nominate those, either.

You want something else to worry about? That guy has 279,300 followers, all of whom presumably live on the same planet as you.

I haven’t read it. I’ve just read about it. But here’s enough points to get you started:

Oh, regarding that last item about disrespect toward the military… for those of you sufficiently detached from reality to dismiss the report the other day in The Atlantic about the gross things Trump has said about dead American heroes (ones other than John McCain) because the sources declined to be named, well… there are some unnamed sources in this one, too — I guess because Woodward wanted to get some perspective from people with normal, functioning brains. But a great deal of the book comes from 18 on-the-record interviews with Donald John Trump. As noted above, sometimes, Trump called Woodward to say these things.

How’d you like to be this guy’s campaign manager?