Major national newspapers — I’m thinking here of The Washington Post and The New York Times, since I subscribe to them and read them every day — have to go way out of their way to find opinion writers who will defend Donald Trump. No established, accomplished writer with a reputation — whether on the left or right — will do that, so they’ve had to dig.

For instance, the Post enlisted this guy who made news in 2016 when his little paper actually endorsed the guy. So they’ve been running columns by him ever since. And we’ve also gotten used to the Trumpist stylings of former Bush speechwriter Marc Thiessen. We sort of knew who he was before, but he’s gotten a lot more play since the disaster that befell our nation four years ago. The State, which is also desperate to find people who will say such things, has run him a good bit.

I had not heard of the Chris Buskirk guy who was the only person the NYT could find who might applaud Trump’s behavior last night — behavior that would cause a 4-year-old to be sent to stand in the corner in preschool. He is described as “the editor and publisher of the journal American Greatness and a contributing opinion writer.” That’s from the NYT; he doesn’t have a Wikipedia page or anything. Anyway, mission accomplished! They got somebody to occupy the right-hand side of that chart.

You’ll note that the only one of the NYT’s most prominent conservatives who participated — Ross Douthat — is over in the middle of the “Biden won” crowd. No actual thinking conservative can stand up for Trump’s increasingly more outrageous boorishness. You have to go hunting for relative unknowns. Preferably ones who are hungry, I would guess.

Anyway, I have nothing to add about that ludicrous display last night, except to thank Joe Biden for standing there for all that time rather than walking out — which is probably what I would have done, and which would not have helped my electoral chances.

I cannot believe there will be two more of these. There must be a way that our country can be spared that. As I’ve said so many times before, if only we could just vote today and have an end to all this!

If you want to know what I had to say when I was forcing myself to watch last night, here’s my Twitter feed.

Other than that, if you have thoughts to add, please go ahead… 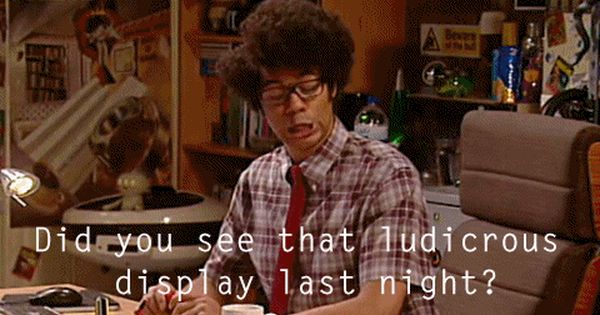 36 thoughts on “Did you see that ludicrous display last night? (Thoughts?)”