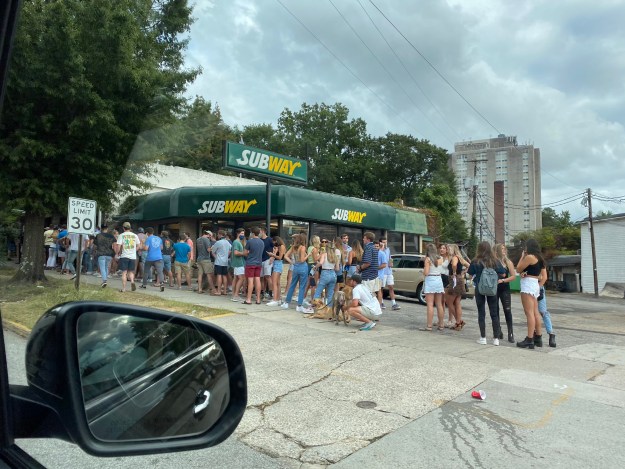 This seemed to provoke some interest on Twitter today, when I posted it a few minutes after it was taken, so I thought I’d share it here for my readers who don’t do the tweeting thing.

The picture above was taken at 5:48 p.m. today in Five Points.

No, they were going next door.

One friend who was recently in college herself expressed some surprise at that, saying “They don’t even have a great selection!”

Yeah, well. I don’t think think they were lined up for “selection.” Unless you mean “natural selection.”

But that’s the thing, isn’t it? They think they’re invulnerable. Using the term “think” loosely, of course.

The tweet drew reactions from Bryan Caskey, Doug Ross, Phillip Bush, and “Mayor Bob” Coble. But I think my favorite was this one: