We went back and forth on that last post about the snake — here and on social media. We were starting to stagger toward a consensus that these creatures all over my neighborhood are indeed copperheads. But we were far from certain.

And you know, when I’m practically stepping on these things right in the middle of the street, I kind of want to know. 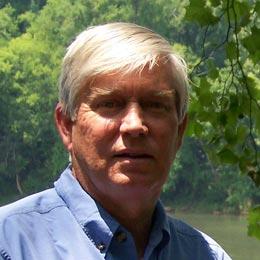 So I stopped fooling around. Last night I wrote to Rudy Mancke himself for a ruling.

I hated to bother him with something so common. On his segments on public radio, people have usually sent him a picture of something rare and interesting. But based on what I’ve been seeing, these snakes are as common as Republicans in my precinct — maybe more so.

But Rudy got right back to me, and I’m very appreciative:

Brad, The photo you sent is of a Copperhead (Agkistrodon contortrix), the most common venomous snake in SC. The dark, wide-narrow-wide bands across the body and the copper-colored head are diagnostic. They are found throughout SC. I have seen more of these snakes this year than I normally do. They feed on any animal small enough to eat. During hot weather they are active mostly at night…

I thought that was really nice of him, especially since as he himself mentioned, these critters are, you know, common.

Which brings me to another subject…

Look at us. We’re pretty smart people, generally speaking. We have a lot to say about a lot of things, and we flatter ourselves that what we have to say has value.

But when it comes to something as simple as staying alive while walking down a suburban street — much less in the woods, or tall grass — we are shockingly ignorant. With the exception perhaps of Jim Catoe, who owns some land out in the country that has a crowd of snakes on it, we’re kind of a bunch of dummies.

What’s happened to us, people? Our ancestors used to know the creatures around them, and the names of the trees, and what was edible and what wasn’t (to us, “edible” means packaged for sale in a supermarket, but not on the detergent aisle).

But when confronted by an animal that can kill us — a common animal, in fact the most common venomous snake in SC — we are clueless!

In those books I love — as do Bryan Caskey and Mike Fitts — there are certain things Jack Aubrey assumed any man knew back 200 years ago. And when the smartest person he knows — physician and naturalist Stephen Maturin — asks him something any ship’s boy would know, such as, “When is the dark of the moon?”… Jack hesitates to answer, hoping that Stephen is making a joke by asking such a thing. (But he never is. Stephen’s more like us.)

Personally, I have no idea when the dark of the moon will be. Occasionally when walking with my wife at night, I’ll look up and recognize Jupiter in the sky, and Saturn off to the left of it, and I’ll say so in a vain attempt to be impressive. But she knows I only know that from wondering “What’s that bright thing in the sky?” and looking it up on my phone’s astronomy app. And she’s tired of my mentioning it.

The problem is, if you’re walking at night and holding up your phone to the sky to figure out what that bright thing is, you’re likely to step on a small creature that can kill you.

Anyway, thanks very much, Rudy!

11 thoughts on “I got a ruling from Rudy Mancke: It’s a copperhead”